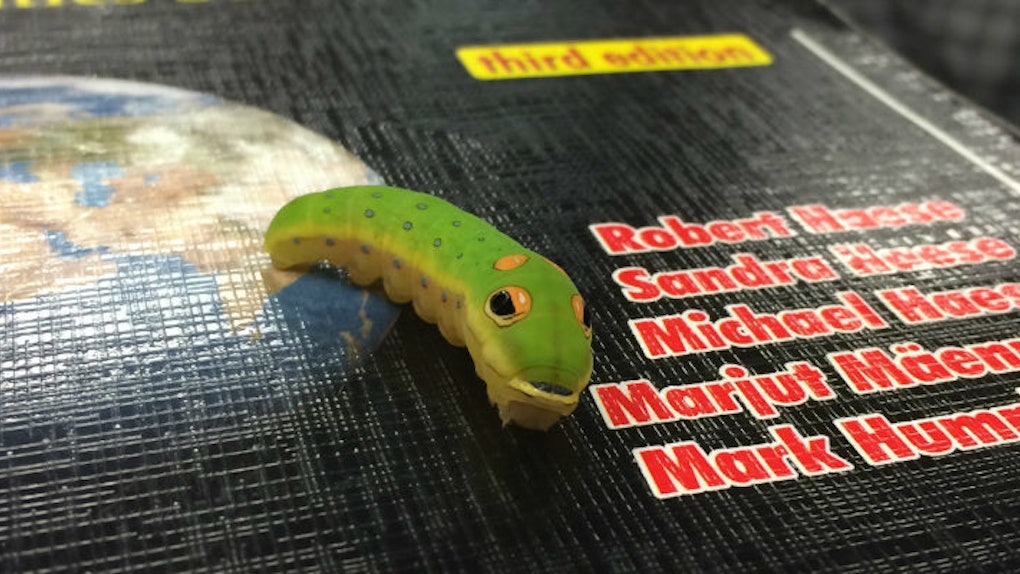 Kid's Story About A Caterpillar Becoming A Butterfly Is Perfect

You know the story:

It is a tale as old as time.

That's probably why it has captured the hearts of people far and wide on Tumblr.

Tumblr user oddity-txt, a 16-year-old from Georgia, originally posted a picture of his friend on Tumblr.

They met on his way to school, and he named it "Chicken Nugget."

He was concerned when little Chicken Nugget started to turn yellow.

But then he found out that Chicken Nugget is a spicebush swallowtail, and they turn yellow before they pupate. In his excitement, he posted,

He was making little silk things everywhere. Bruh this caterpie is going to evolve to metapod today my boy isn't messing around.

He even made him his own tube room.

There was a false alarm where Chicken Nugget's owner thought he was about to pupate.

Classic Chicken Nugget — such a trickster.

Then it started happening for REAL THIS TIME.

He put on some sweet music to inspire Chicken Nugget.

Chicken Nugget just straight up chilled in his cocoon for a couple of days.

Oh, man, I just got that. Chicken wing is also a food... Man, that teenager is clever.

He's letting Chicken Wing get used to his new wings before he will release him.

this kid doesnt have a bad angle dang

Saying goodbye is so hard.

We are so proud of you Chicken Wing.