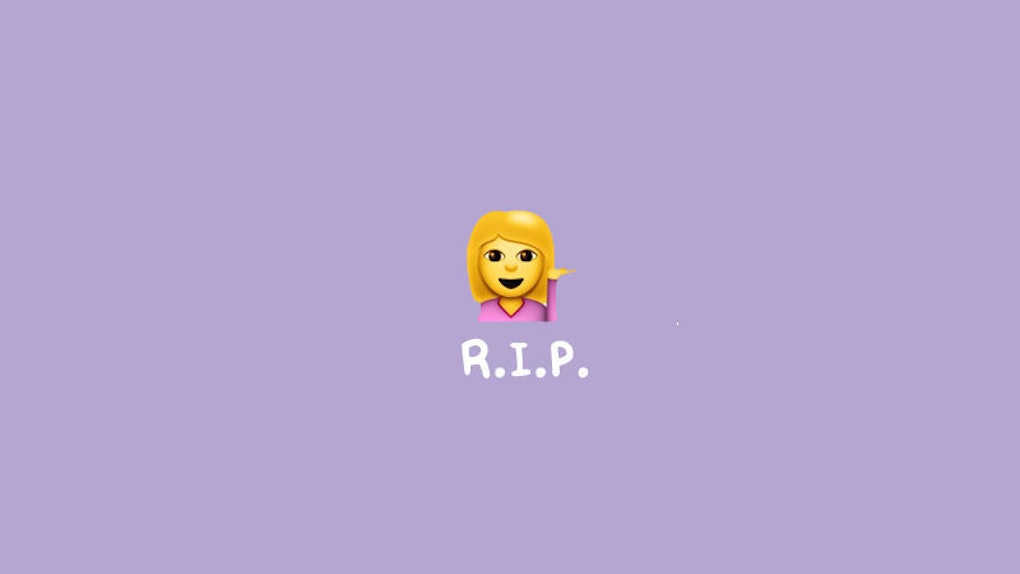 IOS 10 is here and with it some important changes. From iMessage being revamped to blah, blah, blah, who cares, because they changed the sassy girl emoji and it's neutered unsassy bullshit now.

I'm talking about this emoji:

There is zero sass in this emoji now. Sass levels register beneath measurable range.

Although, to be honest, what even is this image in the first place? The whole thing is weird. But I got used to the old weird and I don't want the new weird.

People on the internet are rightfully up in arms about the adjustment.

First an election from hell, now we have to face the death of one of the only things we still care for in this world.

At least people are being funny about it.

Some among us who source our identities from tiny cartoons are having a particularly hard time.

And one Twitter user made this important observation, which, to be honest, doesn't really make literal sense, but has an intuitive resonance.

Other emojis have changed as well.

The common theme being "make them more human and creepier."

I jog in jeans so it's disappointing to see #iOS10 providing more ammunition to all of my bullies. pic.twitter.com/PmuYT1kFfq — Adam Liaw (@adamliaw) September 14, 2016

One cool change is that they turned the gun emoji into a squirt gun.

[Queue outrage over a cartoon drawing.]