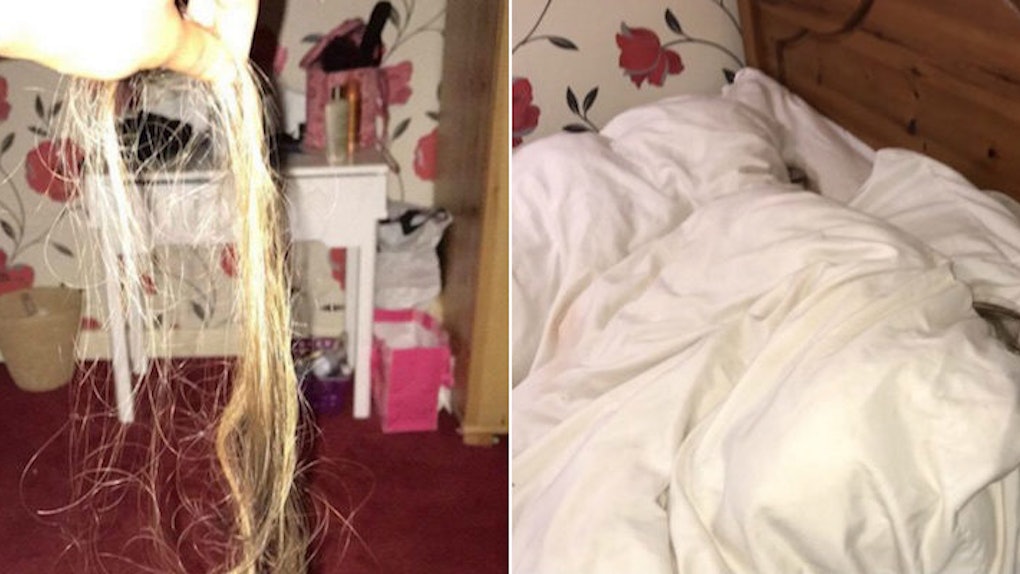 Teens Cut Off Their Hair For Plan To Sneak Out

Sneaking out of your parents' house as a teenager has turned into a prestigious art form.

It takes timing, planning and effort to achieve the perfect escape, and only the most innovative adolescents make it out of the house.

To be honest, I wasn't much of a daredevil in my attempts to stay out past curfew back in the day. Then again, I didn't really have anywhere cool enough to be that justified sneaking out.

I definitely never went as far as chopping off my own hair for the cause, but a few teenagers on Twitter certainly did.

Shannon Hay and Keira Wilson have proven to be the most badass bedroom escapees and deserve a medal f0r their dedication.

In order to trick their parents into thinking they were in bed after leaving for the night, they cut pieces of their hair off and propped the strands underneath their comforter near the headboard.

Then they stuffed pillows underneath the sheets to make it seem like their bodies were in bed.

Can you say, GENIUS?!

Shannon was obviously proud of her efforts (I would be too), and posted evidence of their extensive escape plan on Twitter.

Last night consisted of climbing out Keiras window, cutting our hair off to make it look like we were in bed n sneaking back in at 4.

Damn, was the escape really worth chopping a chunk of your blonde locks out? I'd cry if someone did that to me.

Either way, it worked. Based off Shannon's tweet, the youngsters snuck out of the house successfully and made it home at 4 am.

Since the photos were posted, Shannon has accumulated over 88,000 likes and over 30,000 retweets.

I guess fellow teens admire their commitment. If I was their age, I'd definitely take some pointers.

I just hope whatever they had planned until four in the morning was worth losing some hair for.