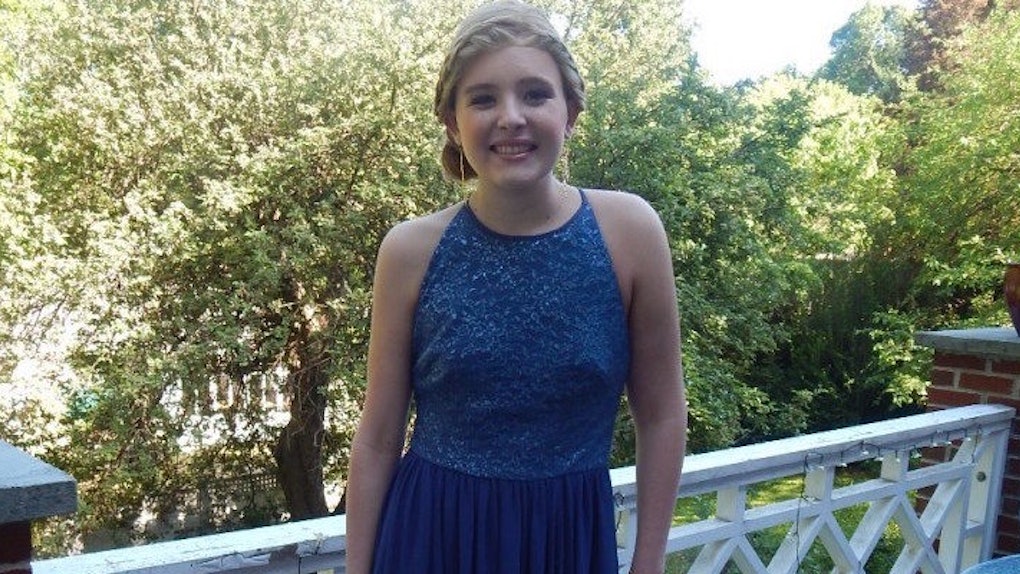 Like many 16-year-old girls, Catherine Malatesta from Arlington, Massachusetts got a gorgeous dress and a cute date for her junior prom.

Unlike most 16-year-old girls, she had just been released from the hospital for stage 4 cancer treatment the day before. But that only made the night, which was nearly a year ago now, all the more magical for Catherine.

Catherine's mother, Jennifer Goodwin, spoke to TODAY about it. She said,

[Catherine] turned to me and said, 'Mom, for the first time in a long time, I actually feel beautiful.' It was such a lovely moment and I was so happy that she felt like that for one day. It was a special, special night for all of us.

A few days after the prom, Catherine was readmitted to the hospital and on August 2, 2015, less than a year after being diagnosed with epithelioid sarcoma, a rare tumor, she died.

Now, almost a year later, her four close friends are wearing the dress Catherine wore to their own proms. Catherine's mom calls it "The Sisterhood of the Traveling Prom Dress."

It makes me so happy that these girls want to honor her in such a simple, yet incredibly powerful way.

If you haven't seen or read "The Sisterhood of the Traveling Pants," the gist is four teens pass around a pair of pants to stay connected with one another as they live their separate lives.

Now, Catherine's friends, Jillian Danton, Lauren Hourican, Emma Schambers and Carly Blau, are connecting with her through her dress. The four friends are all wearing the dress to a different school's prom, starting with Jillian, who wore the dress to her prom last Friday.

Catherine's mother set up a GoFundMe page for a scholarship in Catherine's name, which you can donate to here.

RIP Catherine, and may the sisterhood live on.