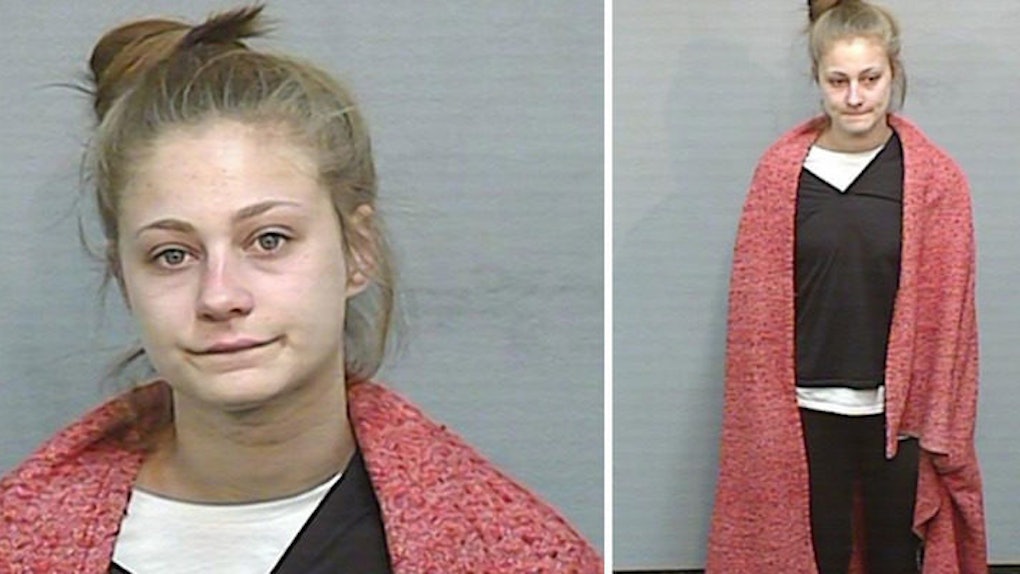 If there's one thing we can learn from all the criminals out there, it's that mugshot photos never do justice for your actual appearance.

I'm not sure if it's the unflattering angles, the harsh lighting, the ugly backgrounds or a combination of the three, but for some reason, mugshots just have a way of bringing out the absolute worst in people.

No really, if you ask me the real criminals in this situation should be the police officers because, let's be real, taking photos that are that bad should basically be illegal.

This 18-year-old from Sydney, Australia went missing on August 19 after she managed to slip out of the clutches of the local police department.

Several days later, 7 News Sydney posted Sharp's mugshot from the day she was taken into custody on Facebook in order to help police track down the escapee.

Unfortunately, Sharp picked a bad day to skip over her normal beauty routine because her makeup-less mugshot photo clearly didn't capture her good side.

Plus, it doesn't really help her #OOTD includes a fugly red blanket that would make Joan Rivers turn over in her grave.

As you can imagine, Sharp was pretty displeased with the photograph, and she hated it so much, she came out of hiding in order to ask the news station to swap out the unflattering picture for a better photo.

Yep, that's right. Apparently, having people see this picture was a worse punishment than being locked up in jail because Sharp actually blew her cover by posting a new picture on the comment thread, along with the caption,

Can you use this photo, please and thank you Yours Truly, Amy Sharp xx.

Unfortunately, Sharp has since been placed back into police custody, but hey, at least she gave herself up for a totally understandable cause.

Citations: Teen Takes Break From Running From the Police to Ask News Station to Post a More Flattering Photo of Her (New York magazine)