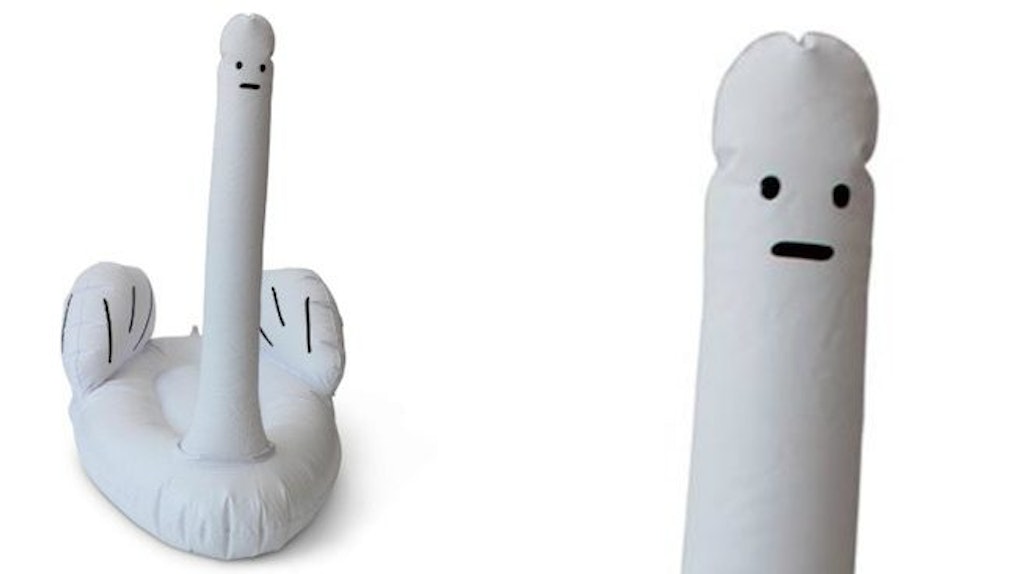 You can hold off on watching that "How To Wear an Infinity Scarf" tutorial for a couple more weeks because there is one more thing you need to do before summer comes to a end. Forget about trying to rival Taylor Swift on her regal swan float. Instead, opt for relaxing in the pool atop the swan's casual cousin: "Ridiculous Inflatable Swan-Thing."

Here is where to buy a "Swan-Thing" float so you can join Twitter in obsessing over this trendy inflatable. According to Third Drawer Down, British artist David Shrigley is the mastermind behind the laid-back summer accessory. The piece was originally designed as a limited edition sculpture, but luckily, the design was transferred to a much more practical use for your last precious pool days of the season.

The "Swan-Thing" went viral after Twitter user Ollie (@artisticapis) posted about his desire to get his hands on this chill AF floaty. The resemblance to the swan is obvious, but upon closer inspection, the simplicity of the "Swan-Thing" is what makes it so approachable. Admirers of the creation took to Twitter, and it's clear that the "Swan-Thing" is riding out this season on a high note.

Many people just wanted to get their hands on the "Thing."

Sometimes all caps are necessary to convey your true feelings.

These commenters made sure to give major kudos to the coveted new summer mascot.

Some found the the float to be very relatable.

As with everything these days, some people just don't get it.

So, before you toss your almost-expired sunscreen in the garbage and put your beach towels away, get your hands on a "Swan-Thing" and enjoy one last float in the pool with a drink in your hand. This way, the swan wings won't block your vision of the cutie floating next to you.