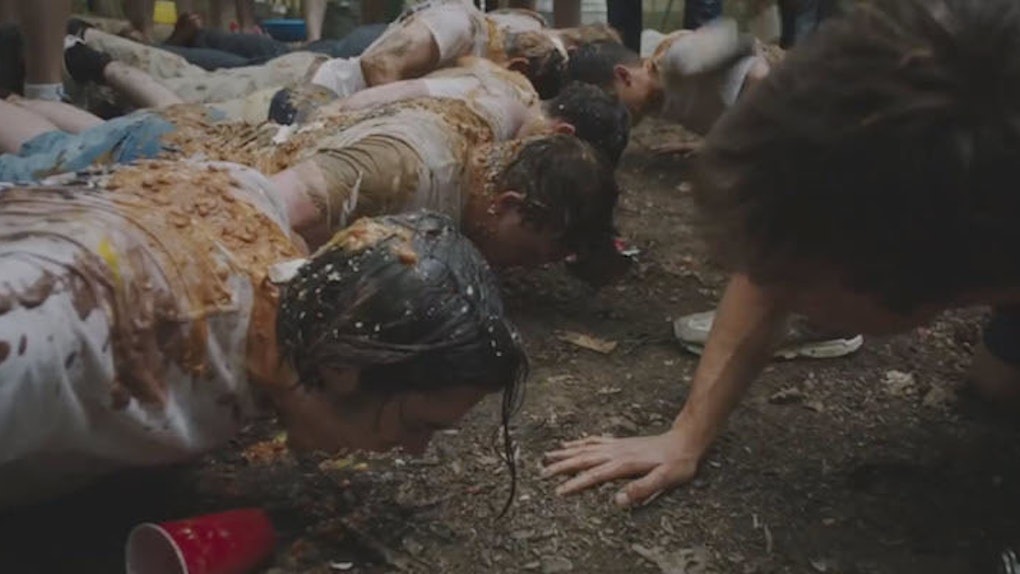 A New York sorority went a little too far when it came to hazing new recruits.

Hazing is one of those hidden elements of college life that technically shouldn't be done, but we all know is happening anyways. It's sort of like vodka tampons.

Should one soak a tampon in Ketel One and then shove it up their butt to maintain the trashiest buzz possible? Absolutely not.

Will you likely be skipping Econ 402 later because your roomie has a fresh batch of Playtex and an untapped bottle of Svedka? You know you will. It's the way of the world when you're in college.

One sorority in New York took their yearly hazing ritual to a legitimately dangerous level this year and are now paying for it.

Cops were called for a noise complaint to an off-campus sorority at the University of Albany when they found four female pledges being forced to eat garbage and mud as part of their hazing ritual.

Seven students between the ages of 19 and 21 that were members of the Alpha Omicron Pi sorority were arrested in relation to the hazing.

Things reportedly got so intense at one point that a pledge was sent to the hospital during event that involved being doused in rotten eggs and milk and being forced to eat food with mold on it. It is suspected she was admitted for an allergic reaction.

Hazing is not only dangerous, it's against the law.

One student says that she had to drop out of Alpha Omicron Pi because the hazing was too much. She told reporters,

They would say like 'you're worthless,' or 'you're a stupid (expletive).' Some of us got stepped on and they're all wearing heels.

The good thing about this case is that the University doesn't recognize Alpha Omicron Pi as a member of their greek system. The events were held off-campus, and the university was unaware of what was going on.

They have since reaffirmed their zero-tolerance policy to reporters.