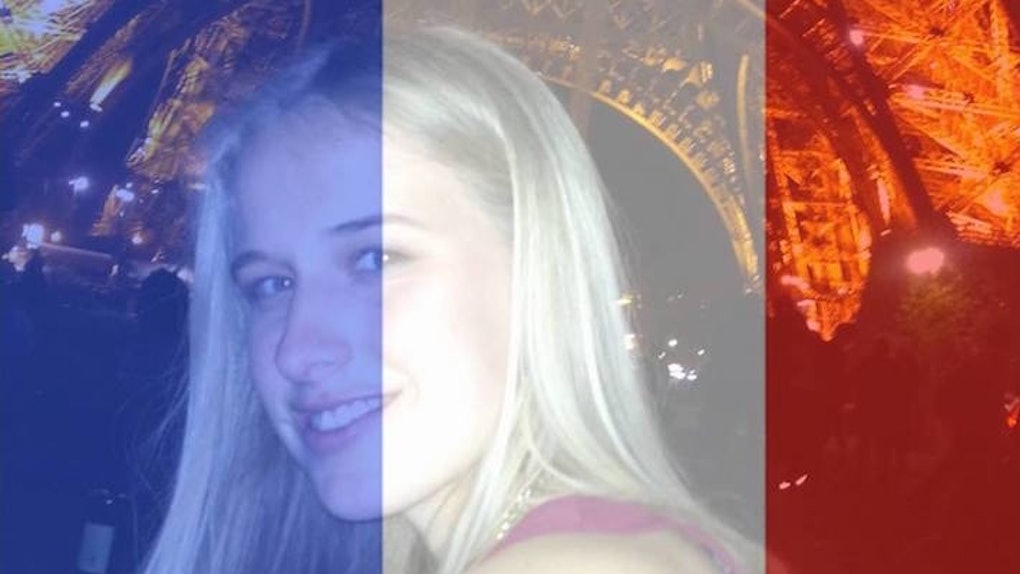 Tweet For Safety: The Role Social Media Played During The Paris Attacks

This past weekend, we watched a beautiful city get brutally attacked, leaving hundreds dead or wounded.

Most likely, you were alerted of the attacks via an app on your phone, or the Internet in general.

Whether it was through a CNN ping or a tweet, word of the attacks spread like wildfire over the Internet.

Social media is playing more and more of a role in human disasters.

The traditional media, when trying to keep up with the latest updates, seems to find more valuable information via Twitter or Facebook than anywhere else.

During the attacks, people used these mediums to share images and videos of the situation at hand.

Even people inside the Bataclan during the hostage situation were putting out real-time messages about what was happening inside and pleading for help.

Benjamin Cazenoves was one of those people.

He was updating his Facebook during the hostage situation.

I'm still at the Bataclan. 1st floor. Hurt bad! They are faster on the assault. There are survivors inside. They are slaughtering down everyone. One by one. 1st floor soon!!!!

Facebook involved itself in the attacks by launching Safety Check.

The feature was originally launched in 2014, and was offered to people for the earthquake that hit Nepal.

It was supposed to be used for natural disasters, but Facebook made the call to turn on the feature for Paris.

Facebook faced backlash after this decision because the feature wasn’t activated for Beirut.

Mark Zuckerberg responded to criticisms on his Facebook page, saying:

With this feature, push notifications are sent out if you have friends on Facebook located in the area of the disaster.

If you’re near the disaster, Facebook will ask you if you are safe. If you are, a status will be posted for you to let your friends and loved ones know.

Safety Check seems to be one of the most seamless ways to alert mass amounts of people of your safety, especially in this day and age.

On Twitter, trending hashtags and moments were used to aggregate all conversation around the disaster.

You could easily see updates from Parisians, as well as trusted news sources. People were able to receive real-time updates even faster than the news on the television could.

One of the most viral posts was from South African native, Isabel Bowdery, who described her experience inside the concert hall:

Holding my breath, trying to not move, not cry -- not giving those men the fear they longed to see.

She then went on to thank the kind strangers who gave her help:

To the man who reassured me and put his life on the line to try and cover my brain whilst I whimpered, to the couple whose last words of love kept me believing the good in the world, to the police who succeeded in rescuing hundreds of people, to the complete strangers who picked me up from the road and consoled me during the 45 minutes.

Social media will continue to play a huge role in human disasters.

Whether it's using social media for frightening live coverage or just letting others know you’re safe, it provides a huge new platform for disaster response.

The Internet now has a much bigger seat at the table for relaying information during times of disaster.

you never think it will happen to you. It was just a friday night at a rock show. the atmosphere was so happy and... Posted by Isobel Bowdery on Saturday, November 14, 2015