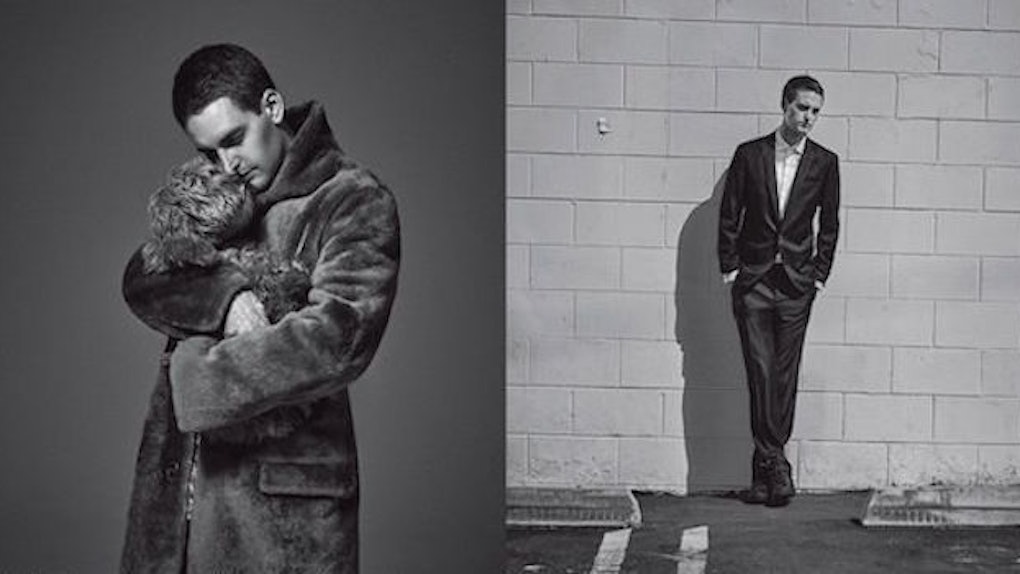 The Internet is losing its collective sh*t over Snapchat CEO Evan Spiegel wearing a fur coat and hugging a puppy.

In a land full of vitamin D-deficient coding nerds wearing Cheetos-stained hoodies, Evan Spiegel stands out like someone at a TechCrunch Hackathon who played sports in high school.

During a photo shoot for L'Uomo Vogue, the 25-year-old Snapchat cofounder decided to show just how much he stands out from the Silicon Valley crowd by throwing on a random-ass fur coat, picking up a random-ass dog and pretending to be super casual about the whole thing.

I'm sure the attempt here was to show the world as much as he is a tech guy, he also has the ability to remain fashion-forward. But it misses. Hard.

Yeah, the Internet is as confused as you are.

Wait, SOMEONE IS ON BOARD WITH THIS??!?!

No, @JMBooyah. Just, no. I think the whole world refuses to accept a scenario in which anything involving fur coats is the mascot for anything besides a minor league baseball team that is owned by Burlington Coat Factory. Go Coats!

Also, fur AND a puppy? Who are you, Cruella de Vil?

Can we please go back to hoodies and flip flops now?