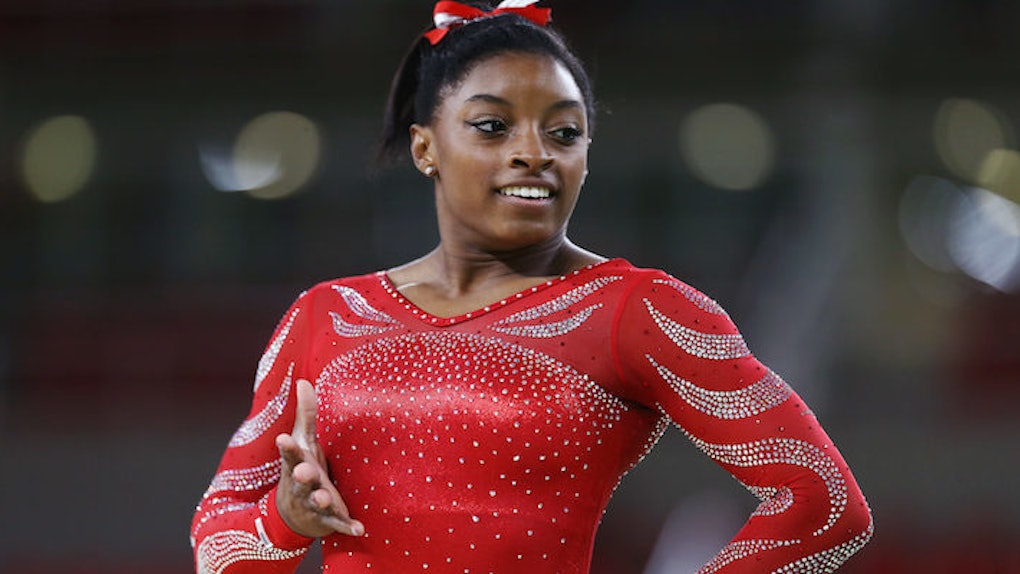 You want to know when a celebrity crush over steps the line?

When you have a life-size cutout of him or her in your bedroom -- and give them a kiss before you go to bed.

The Olympic gymnast revealed her obsession with Zac Efron is definitely on the extreme side during an interview with NBC.

On a tour around her home, she unveiled the cutout and said,

Sometimes I used to kiss him on the cheek.

The next stage is actual stalking.

But it looks like the love is mutual. Zac Efron recently tweeted Simone congratulating her on making the finals.

We're learning an awful lot about Simone Bile's life since she's been thrown into the spotlight.

It's no secret Simone and her sister were placed in foster care at a young age because their mother, Shannon, struggled with addiction. They were adopted by their grandfather, who recently made public comments about Shannon's history of drug abuse.

Shannon has since released a video in a bid to clear the air and defend herself. She spoke about their relationship and wished her the best of luck in Rio.