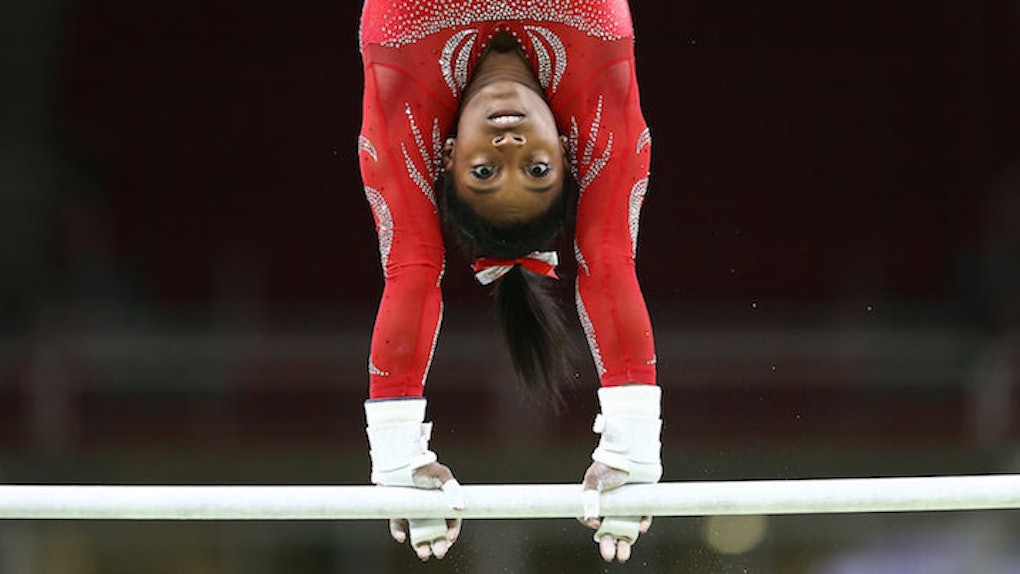 Yes, we're all obsessed with Michael Phelps and his face.

But America's golden child at the Rio 2016 Olympics is undeniably Simone Biles.

People can't get enough of the 19-year-old gymnast.

And that fame has caused some pretty difficult things from her past to resurface.

It's no secret that Simone and her sister were placed in foster care at a young age because their mother, Shannon, struggled with addiction.

They were adopted by their grandfather, who recently made public comments about Shannon's history of drug abuse.

And now Shannon has released a video in a bid to clear the air and defend herself.

I feel like they're defaming my character, because I know it happened, and I was struggling back then. But I've gotten better, life goes on and that's my past. It should be left there. When we do talk it is briefly -- I want to say maybe every three months, when I call, when she calls. We go on vacation together.

Shannon explained that she's been sober for a number of years now and maintains a good relationship with her daughter.

She signed off the video with,

I just want to say that I love you, Simone. I'm so proud of you.