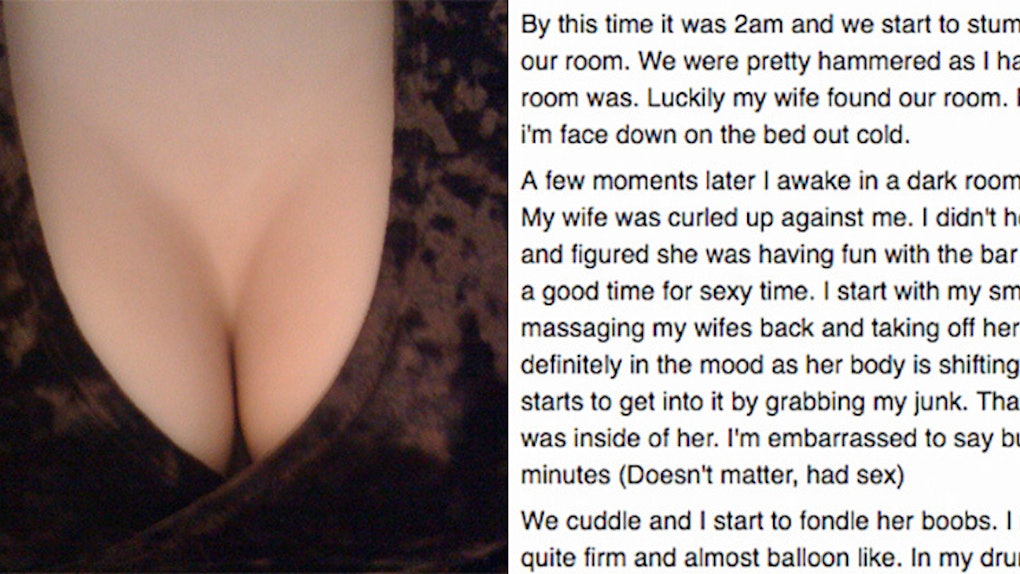 It turns out what happens in Vegas could leave Vegas, follow you home and ruin your marriage.

At least, that's what one man claims to have found out when what was supposed to be a customary trip turned into a dramatic event that makes for one hell of a story.

According to this account, it all started when he and his wife decided to take a trip to Las Vegas, as they used to do "every couple of years." His wife wanted her twin sister to come along because the sister had gone through a divorce and was depressed. So, the husband obliged without making a fuss.

Plus, as he says, he wasn't attracted to the sister because of her "plastic" breasts. All three of them shared a room with double beds.

On the last night, there were drinks involved. The sisters got "wasted," while the husband hit the blackjack table.

After a while, though, he gave in and joined them.

After a few beers and shots, I completely forgot about my losses at the blackjack table. My wife and I head up first. Jody was at the bar talking to some guy. We wished her luck and headed up to our room.

This guy also wrote that his wife helped him find the room because they both were stumbling. He had forgotten where it was. Eventually, they reached the bed and passed out.

Of course, it wouldn't be long until he opened his eyes. And then, well...

The Redditor hilariously adds that he only lasted two minutes, a fact he scoffs at: "Doesn't matter, had sex."

What did matter, though, was this:

We cuddle and I start to fondle her boobs. I notice they were quite firm and almost balloon like. In my drunken state, I immediately froze. I realized I just fucked my wife's sister. About a few seconds later, the lights turn on and my wife witnesses both myself and Jody naked. She's screaming at the both of us.

If you're wondering whether this story has a happy ending – besides the husband's two minutes – let me tell you it doesn't. In fact, it gets worse.

What's worse is when Jody stands up, my 'package of contents' starts to come out of her. My wife starts to cry and runs out the room. Jody walks to the bathroom to clean herself up.

Needless to say, this marriage is no longer in service.