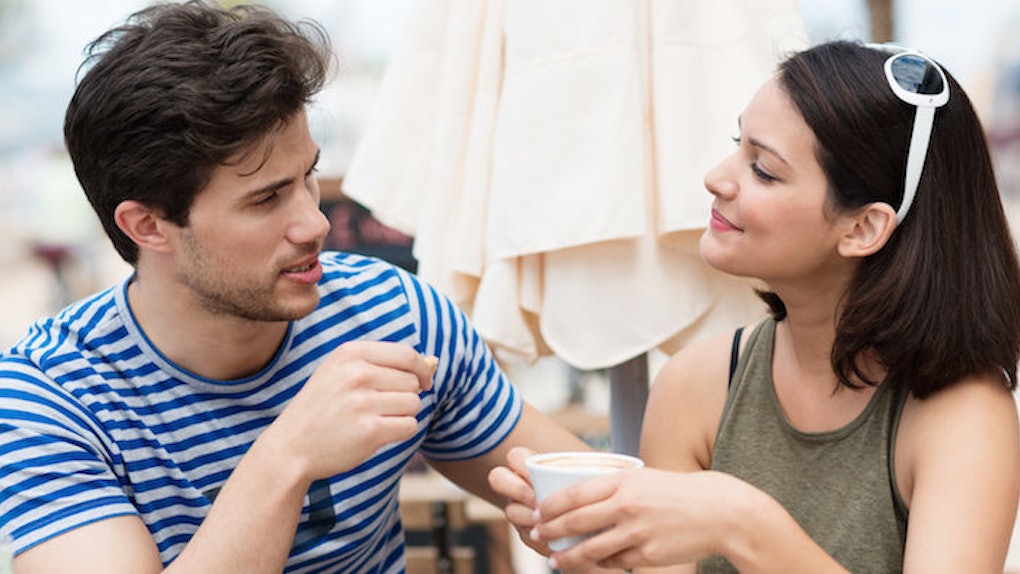 Men With This One Quality Are More Attractive To Women, According To Science

Groundbreaking news: Women are turned on by hearing men talk about themselves, and men are attracted to women even if they stay completely silent like Ariel in “The Little Mermaid.”

A study recently discovered there may be a connection between a man's ability to weave a gripping tale and his success with women.

John Donahue, a researcher affiliated with the University of North Carolina at Chapel Hill's department of psychology, and Melanie Green, a professor in the University at Buffalo's department of communication, reportedly asked 388 United States college undergrad students to rate the attractiveness of a prospective heterosexual romantic partner based on a picture and a brief bio.

The notion a woman's creative thinking skills make her no more attractive to suitors than a cartoon fish girl who can't figure out how to use a fork is perhaps the least shocking revelation since [any cast member] from “The Real Housewives of [any city]” admitted to undergoing [any cosmetic surgical procedure].

BPS Research Digest notes one explanation for these findings could be women are generally socialized to seek men who demonstrate competence, whereas men are socialized to feel threatened by active and driven women.

As a live human woman who's made a career of fabricating descriptive tangents and snarky comments, a scientific reiteration of my intellect's pointlessness as it relates to my romantic success is, at the very least, mildly disheartening.

Trust me, boys, we'll all be old and withered someday, and you'll be begging for a partner who can keep your mind from turning into a jar of soft, runny baby food.

Until then, I'll keep talking and you'll keep dating me in spite of it.

*returns the mic to the mic stand*

Citations: Psychologists Discovered That Doing THIS Automatically Makes Men More Attractive (But It Doesn't Work For Women) (BroBible), Men who can tell a good story are seen as more attractive and higher status (BPS Research Digest)