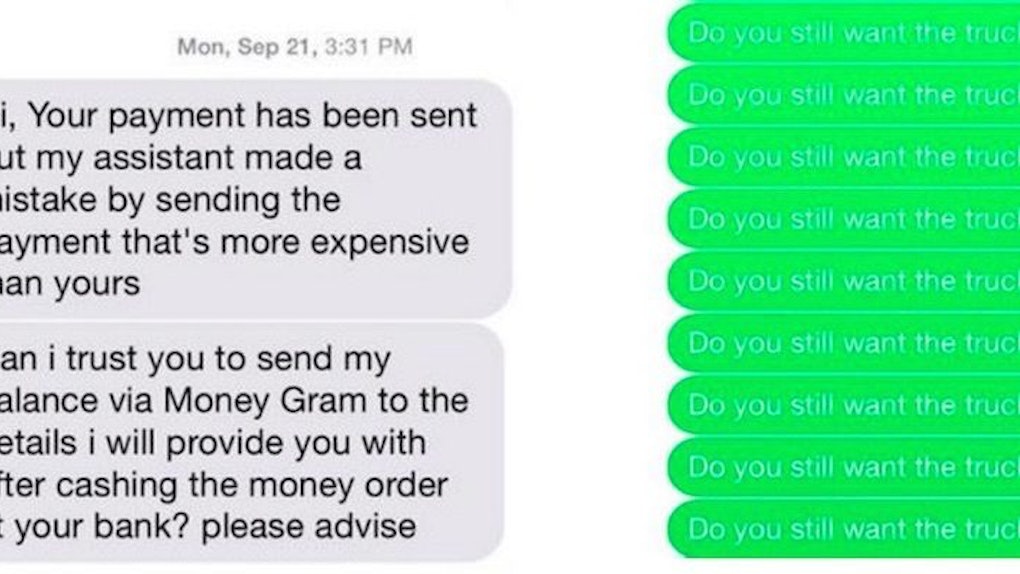 This dad -- whose name is supposedly Nicholas Cage (go figure) -- trolling a Craigslist scammer is the definition of definition of Internet justice.

The idea behind the scam is simple: The scammer sends two fake checks by “accident” to the person he or she's trying to allegedly buy the car from.

When the checks arrive, the scammer says it was an accident and asks for the difference in money to be transferred back in order to “recoup” the loss.

The thing is, the checks are fake to begin with so there is never any actual money involved until the difference is wired back to the scammer.

This classic move may have fooled any layman, but we're talking about the king of terrible action movies here.

And then the FBI got involved...

Agent Powers is on the case.

Do you still want the truck?

Here are copies of the checks sent out to Nicholas Cage.

Let this be a lesson to perspective Craigslist scammers: If you rattle the cage, you're gonna get strung.