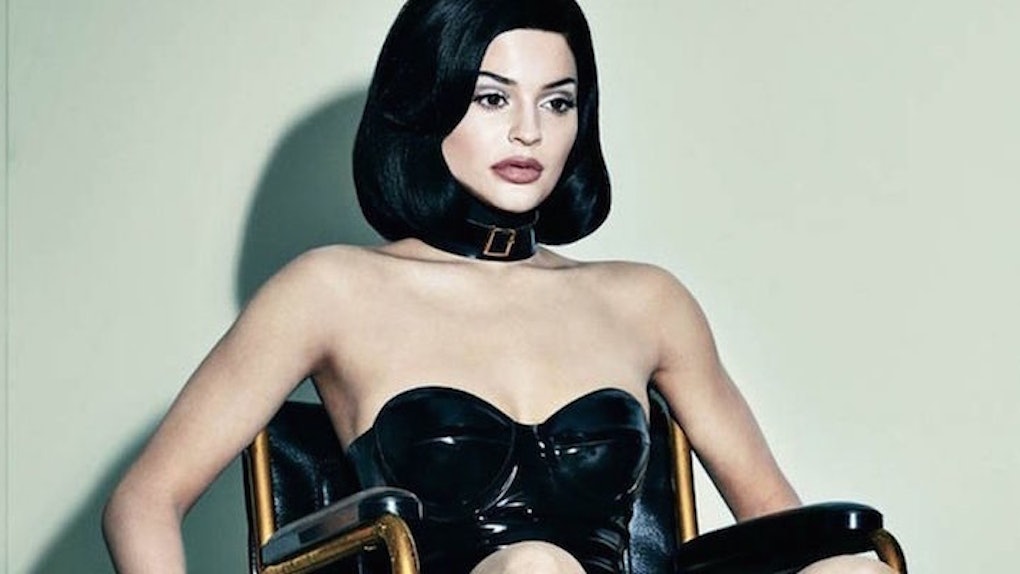 The Real Problem With Kylie Jenner Modeling In A Wheelchair

For the December/January issue of Interview magazine, Kylie Jenner gets deep.

At least, she thinks she gets deep.

You know, she talks about hating to wear so much makeup so young, lost youth and her love for Instagram and the beach. There are some real intense, real life ruminations.

In a coinciding photo shoot, the magazine morphs Jenner (or not morphs, as it’s kind of who she is) into a sex doll, but one who sits erect in a gold plated wheelchair.

Other than to make a point that Jenner is somehow disabling herself with her numerous contradictions about who she is or wants to be, I am unsure why this level of tact was really necessary.

When asked if she “feels like she missed out on a lot of stuff,” she replies:

I I do. I feel like I'm going to look back and be like, 'Damn, I wish I could've just been a kid and done normal teenage stuff that my friends get to do.'

She explained that to overcome her anxiety, she’d run around outside, listening to Jack Johnson.

To say that Jenner is not entitled to these feelings at all would be unfair.

Every person -- even celebrities -- has his or her unique experiences with specific anxieties.

But Jenner clearly lives in a bubble, and appears to think her personal struggles as especially intense.

Her worst fear, not surprisingly, being part of the Kardashian/Jenner nucleus relates to negative press:

My worst fear is waking up and finding something bad about me on the Internet.

But what about anxiety for people who don’t have it so easy, such as people who are legitimately disabled?

For Lizzie Velásquez, a woman dubbed “The Ugliest Woman in the World,” Internet bullying is simply part of daily life.

Velásquez was born with neonatal progeroid syndrome, a disorder that creates an aged appearance, as well as lessened muscle in the face and body.

When she was 17, a year younger than Jenner, she discovered a YouTube video featuring her as “the ugliest woman in the world.”

Though it hurt her deeply the first time she saw the video, she quickly turned the tables on her attackers, by creating her own YouTube channel and addressing the issues of bullying head on.

In a March 2015 interview with BBC, she lamented she even forgives her torturers, saying, "I don't know what they're going through," she says. "While my life may be hard at times, they could be going through something much worse."

In 2015, disabled model Leslie Peoples appeared at New York Fashion Week, in spite of her paralysis.

Two years prior, she had been involved in a fatal car crash that killed two, and left her immobilized, at least physically.

However, it’s doubtful she will ever grace the cover on Interview Magazine in her actual wheelchair.

Meanwhile, Jenner insists upon how her image on Instagram, Snapchat and other social media channels is all done because she knows it’s what people want.

But, she also comments on the struggle of staying true to her authentic self.

What she should know is that there is no shame in really being true to oneself, as Velásquez is. She should also be more aware of how much she takes for granted.

Though Peoples’ and Velásquez's perseverance through adversity is apparent, they undoubtedly have endured major challenges due to their disabilities.

Jenner, conversely, has not had to overcome such major hurdles in her life. She’s a girl from marked privilege, and continues to be granted innumerable opportunities.

So where do we draw the line?

I think, minimally, Jenner should have considered using her fame to challenge the concepts presented to her in the Interview photoshoot, and suggested alternatives.

Because as a Jenner, she is no stranger to getting her way.