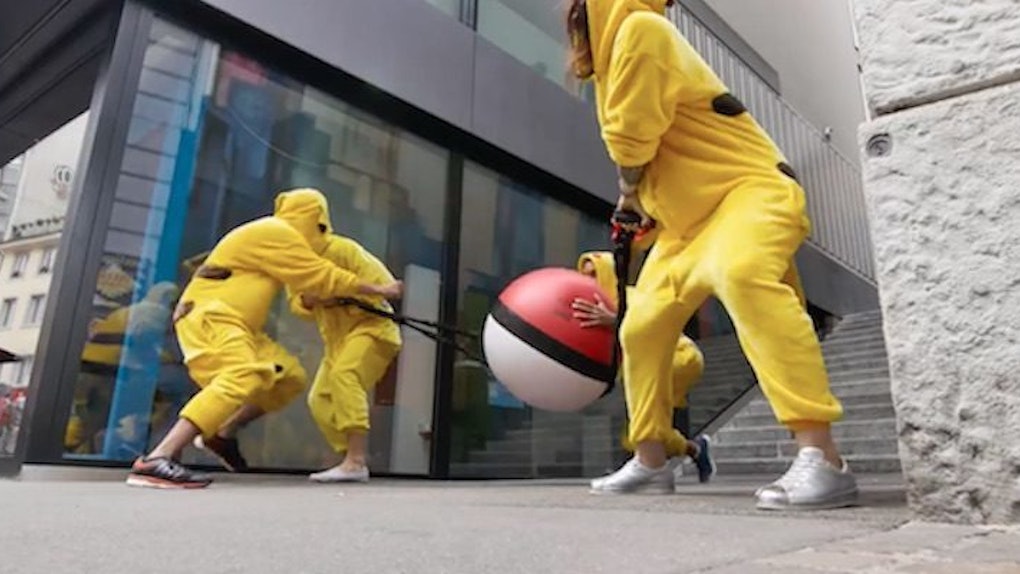 Once in a while, some genius comes up with a revolutionary invention that forever changes the way we live.

Yup, it appears people are pretty obsessed with this innovative AR revival of their beloved childhood game.

Now it's basically impossible to walk around without seeing a bunch of aspiring Pokémasters on the prowl for their next coveted catch.

But have you ever wondered what would happen if the tables suddenly turned, and those lovable little Pokémon started going after their human captors?

Well, thanks to a group of Poképranksters in Basel, Switzerland, we now have the answer.

FadeoutTrashTV recently set out to create a hilarious YouTube video titled "The Revenge," that shows exactly what happens when Pokémon Go creatures give humans a taste of their own Pokéballs.

The video follows the adventures of the FadeoutTrashTV team as they run around Basel dressed in bright yellow Pikachu onesies and hunt unsuspecting people with giant, beach ball-sized Pokéballs.

As you can probably imagine, the results are funny AF. And once you see these guys in action, you definitely won't want to mess with any revenge-seeking Pikachus.

Check out the video for a closer look at this hilarious Pokémon Go prank.