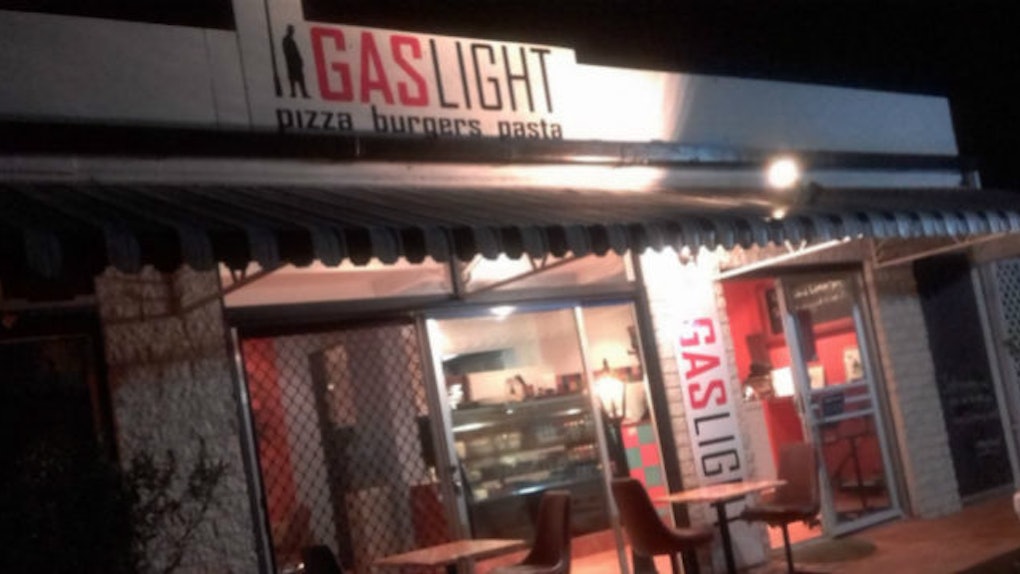 I have come up with some pretty killer excuses for calling out of work due to a hangover, without the guilt of lying.

The classic "24-hour bug" is pretty honest in a way. It will hopefully last 24 hours or less, you have a headache, and you're throwing up.

You could always mention an injury, such as throwing out your back, but keep half of the truth hidden. For example, don't add "I was incredibly intoxicated and dancing on a bar 'Coyote Ugly'-style, slipped on a lime peel and landed back-first on top of a bar stool."

Personally, I love to say a "family emergency" occurred. First, your boss won't ask any questions because he or she is trying to be sensitive. Second, it's totally true. I am my family, and my being hungover is an emergency.

One pizza guy hero was brutally honest, though, and we have to give him props for that.

Blake Pendlebury, the owner of Gaslight Pizza, was out with his friends, enjoying a horse race and a couple of drinks, when he remembered, like so many of us do, "oh shit, I have work tonight."

While you and I (me, a writer, and you, hopefully not an EMT or something) can simply waltz into work drunk as a skunk, it's not so true for Pendlebury.

Pendlebury, who was forced to close his Queensland, Australia shop due to drinks and his horse winning a race, was totally honest in his apology note to customers.

Perchance, he sent out the truthful excuse because of said drinks.

Commenters said it was the "very best sick note" they every laid their beady, little eyes on.

Magic Millions, where the horse race took place, congratulated the restaurant owner on his big win.

Side note: It's totally acceptable to write you're too tipsy in your sick note when you're the boss.

Take it from me, it's less appropriate when you're just an employee.