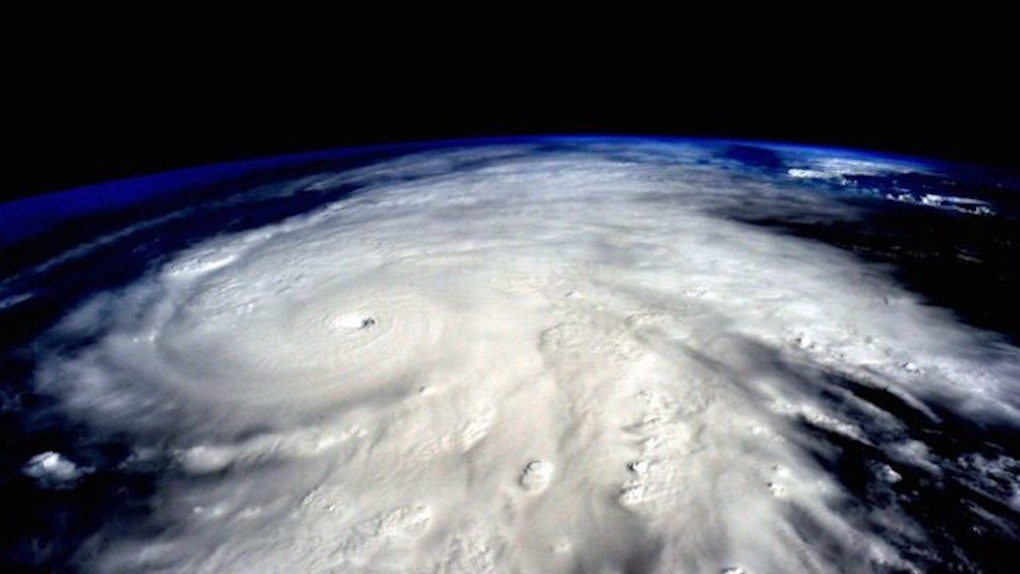 If you've ever wondered what it looks like inside of the eye of a hurricane, then you're in luck: One brave pilot flew directly into the eye of Hurricane Patricia on Thursday — and the resulting video is insane.

In the video, posted to Facebook yesterday, flight engineer Joseph Klippel and his co-pilots can be seen in the cockpit of a small propeller plane, fighting desperately against Patricia's record-breaking 180mph winds.Dark, stormy clouds surround the tiny aircraft, and the plane's radar and weather alert controls sound off and light up with warnings to turn around now.

Fortunately, as you'll see, Klippel and his fearless crew made it into the storm's eye safely — and they managed to film some pretty amazing footage while there.

Check out the video, above.