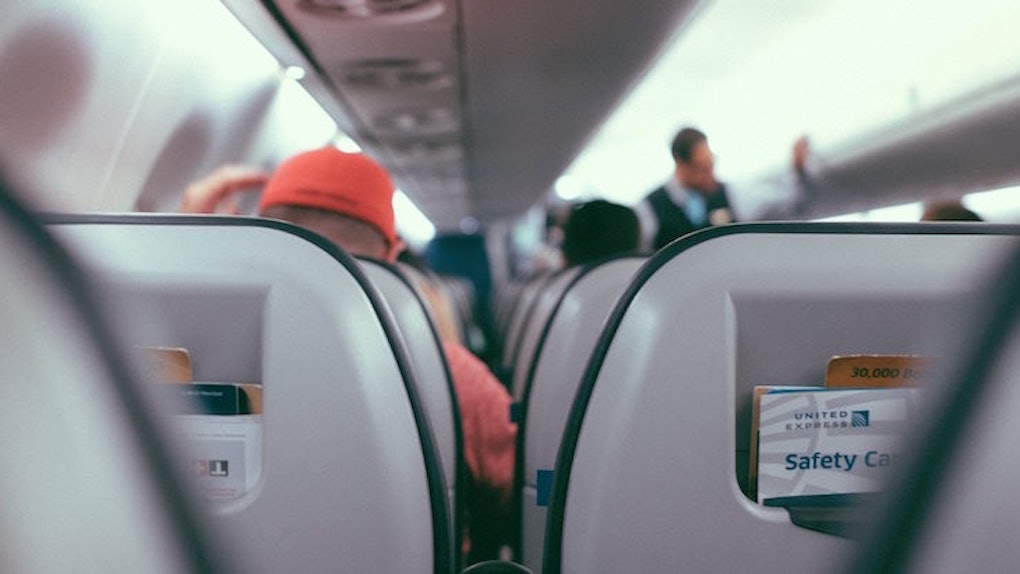 There's a time and a place for a heated political debate, and inside a metal tube at 35,000 feet probably isn't it.

So when two plane passengers started going ham on each other — apparently over politics — the pilot had to say something.

In the clip, you can hear the pilot smacking down the duo arguing like they're in middle school. It's hilarious and absolutely spot-on.

He acknowledges how "everybody has their opinions," but they're on their way to Mexico, and they're "supposed to be having a good time."

Good point. It's like they've forgotten about their vacation.

Then he really breaks things down by saying their opinions should be kept to themselves on a three-hour flight and reminded everyone we're humans and not angry apes fighting over bananas.

... Gonna be in a metal tube at 35,000 feet to bring up politics. I understand everybody has their opinions; that's fine. If you support him, great. If you don't, I understand. However, we're out here to go to Puerto Vallarta, supposed to be having a good time, and what I do ask is that, as people, we have the common decency to respect each others' decisions and to get along on this three-hour and 13-minute flight so that we can have a good time when we get down there.

Nobody wants to argue. Nobody's going to change their minds by arguing, and let's keep our opinions to ourselves on this particular matter at this particular time. When cooler heads prevail and we can talk and realize that we're all human beings and we can all stick together and we can all pull for this country in our own way, then that's what we should do. If there's anyone who has a problem with this, that needs to vent or rant or rave, there's another flight tomorrow. They're not going to be on this one.

I hope that clears it.