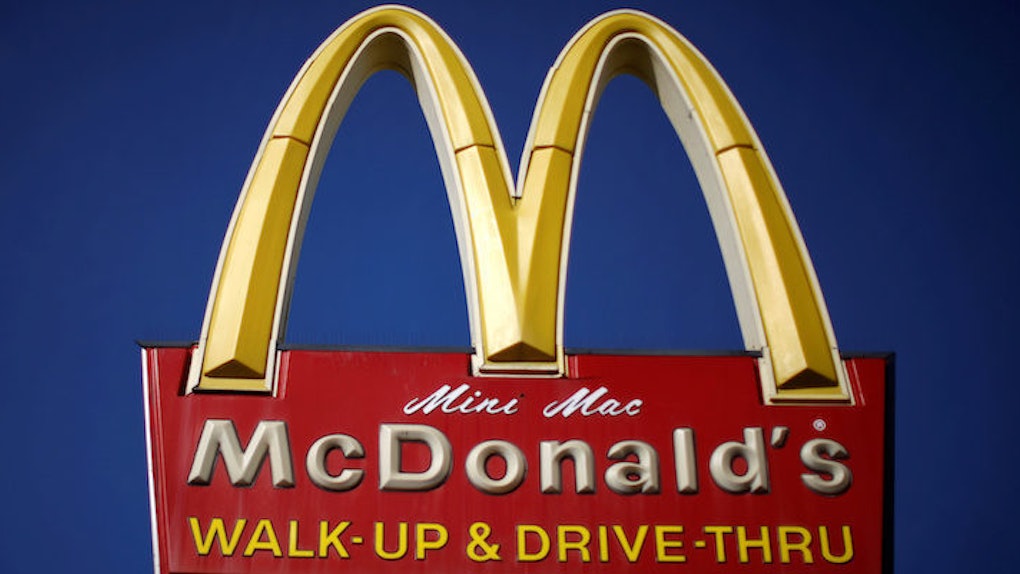 People Are Really Regretting Finding Out Why 'McChicken' Is Trending

The McChicken video is basically the new "2 Girls 1 Cup," and the world couldn't be more repulsed.

Instead, let me break it down for you: It's a guy making love to a McDonald's McChicken sandwich.

No. "Making love" is far too poetic a phrase to describe this harrowing act.

The guy is going to town on the McChicken. He's... you know what? I'm going to leave it to this guy to fill you in:

If, by some miracle, the World Wide Web has left you with even the smallest piece of innocence, well, prepare to have that ripped away from you. Violently.

This whole thing is made much worse by the fact that the man in question has an unusually large member.

I mean, it would be impressive if it wasn't so upsetting.