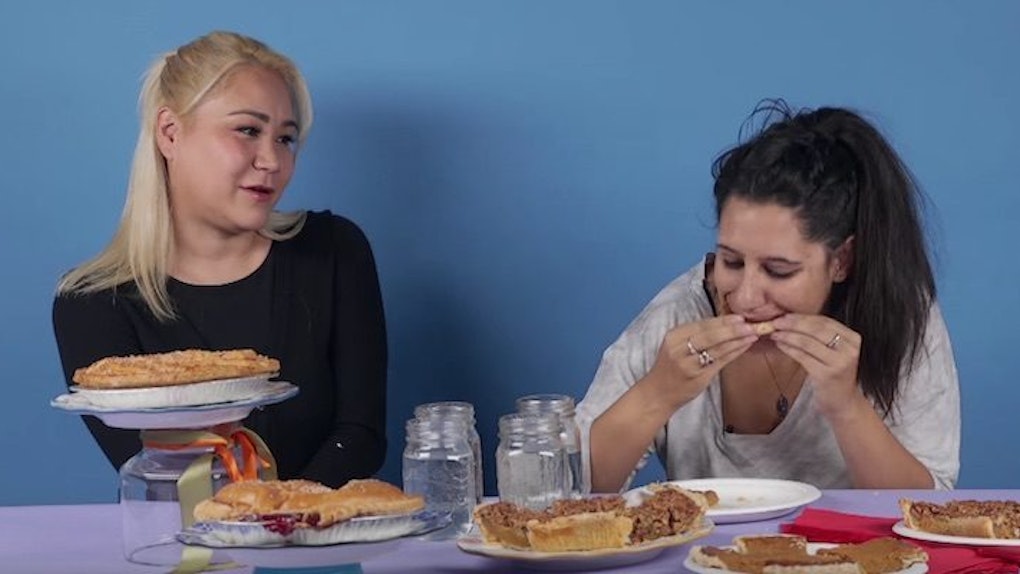 We're all big talkers when it comes to eating, but how many of us could actually dominate competitive eating contests?

For all the times you've heard friends say, “Wow…you're done already?” during dinner or you snacked on some Oreos only to look down 20 minutes later to find an empty bag, there may be the makings of a competitive eating champion.

The women of Bustle conjured their guardian belly angels (those are actual spirits; I did not just invent them for the purpose of this post) and called upon the wise tutelage of 2014/2015 Nathan's Famous Hot Dog Eating Contest winner Miki Sudo to see how hard it actually is to house four pies in five minutes.

It's hard, y'all. It's actually very, very hard.

Citations: People Try Competitive Eating For The First Time, And It's Just As Messy As It Sounds — VIDEO (Bustle)