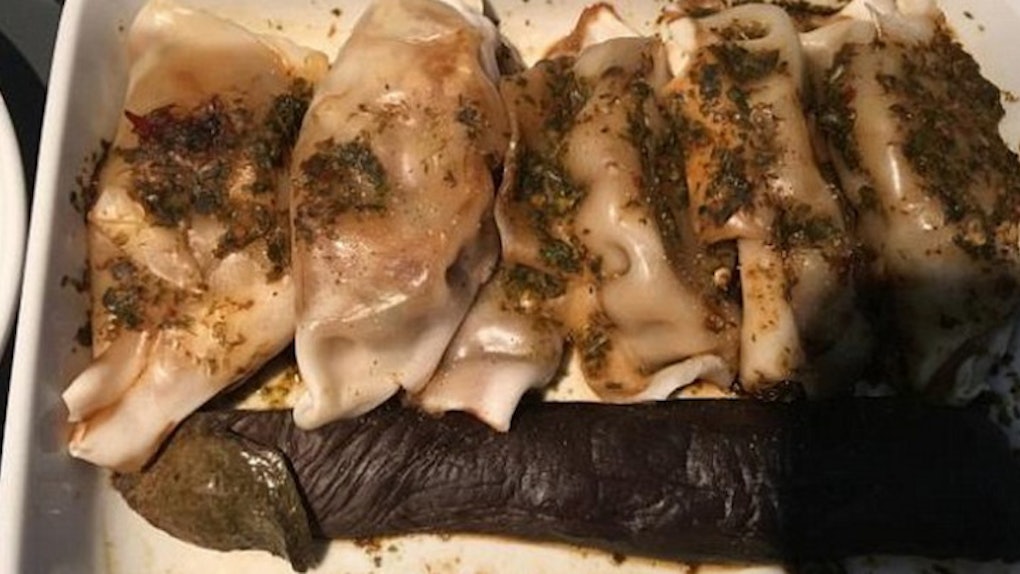 NOOOOOOO. KILL IT WITH FIRE.

The key to eating plane food is not thinking about it. Or, you know, just not eating it at all because it's foul.

The above photo comes straight from the cockpit and is the only reason you'll ever need to not ingest those mile-high meals again.

BECAUSE THEY SERVE UP PENIS.

Nah, just kidding, Qantas would never do that. In fact, the Australian airline is one of the better ones (that plug's on us, Qantas).

The photo appeared on the Facebook page of a passenger who was traveling in business class from Sydney to Brisbane last Friday, reports News.com.au.

I know you can see what the root vegetable looks like, but I'll describe it anyway: A long, throbbing, circumcised piece of man meat.

The rest of it looks pretty good. The penis part does not. It's not even the shape -- I could climb that mental mountain -- it's the texture. It even glistens like the real thing (yes, actually, a penis does glisten in the right light).

I asked the server what it was and he told me that it was a root vegetable. I asked him to pass me my phone so I could take a photo. I never take photos of food but this was too funny to pass up. He blushed and was very apologetic, I don't think he had ever seen anything quite like it. The lady next to me was cracking up.

Despite her best efforts, she could not attempt to tackle the huge side piece that accompanied her dumplings, which, by the way, she said were delicious.

The server never did clarify what type of "root vegetable" it was, and a brief Google search on my end failed to find any photos that matched up to this bad boy.

So, what the hell are we looking at?!