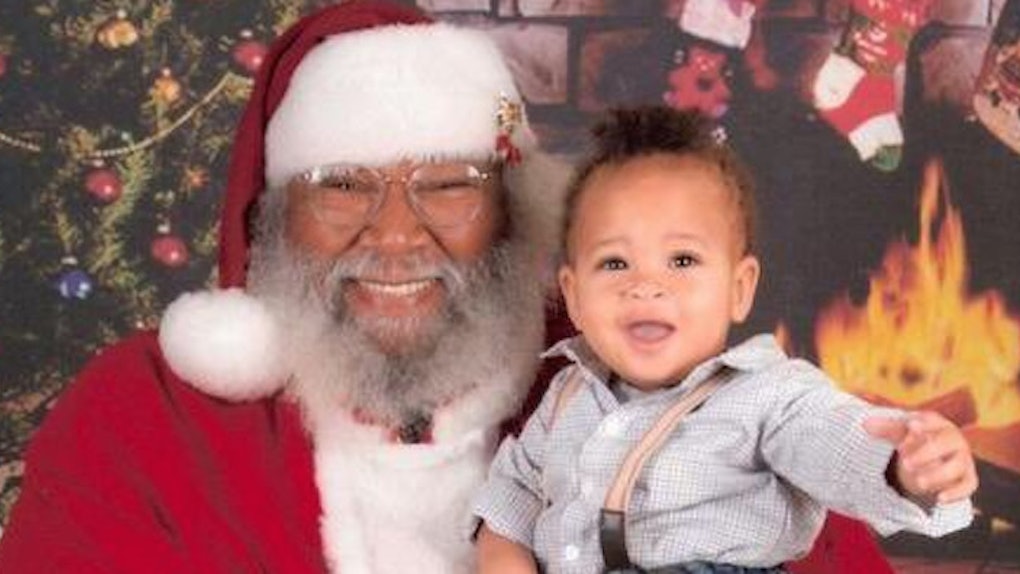 New Orleans Santa Of 20-Plus Years Trends On Twitter

It started off simply enough.

The tweet included a photo of a jolly Santa Claus with an adorable little baby boy.

Then the retweets starting piling in, getting up to over 3,000.

But while the RTs were helping the tweet go viral, something even more magical was happening down in the replies.

People started replying with their own photos...

And the pictures just kept coming...

They were all from different years.

The photos went back more than two decades...

...all with the exact same cheery Santa Claus.

...but this New Orleans Santa stayed the same.

He was even there to be Santa for a little girl and her daughter, later in life.

It's a pretty magical thread to go through.

First of all, you get to see a bunch of little kid Santa pics, which are almost always adorable or hilarious or both.

Second of all, it's really amazing to see just how many families this Santa interacted with.

It almost feels like the original tweet was right, and 90 percent of people from New Orleans really did whisper their wish-lists to this exact Santa.

The growing list of pictures freaked a few people out.

He's gotta be legit with so many years of cheer, right?

@504Reminisce im looking at this thread thinking this guy might be the real Santa pic.twitter.com/QUgWAouN6s — Rogue Juan (@MickDaddy_) December 22, 2016

In fact, he very well may be the real deal.

A 2009 article from the Times-Picayune names him only as "Santa," and he serves New Orleans's 7th Ward.

He used to be a school bus driver who would get kids McDonald's for Christmas. But then one year, a mother asked him to wear a Santa suit.

He's been Santa now for over 40 years.

Not all heroes wear capes. Some wear jolly red suits.