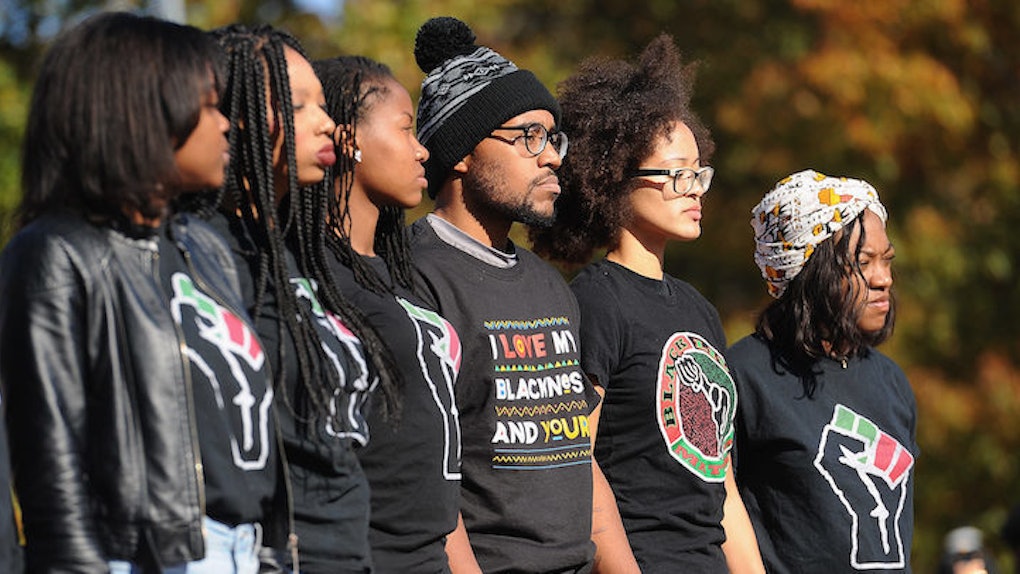 For the last several years, we’ve seen the same pattern. Racial tensions escalate, protests happen, an act of violence happens and then boom: A hashtag is born.

The hashtag circulates for usually about a week or two. Insightful, along with ignorant comments are sprawled all over social media.

We use the heck out the hashtag. This was shown with #SandraBland, #Ferguson, #IfTheyGunnedMeDown and #ICantBreathe, to name a few.

And then we stop because trending topics are just that: trends.

Trends aren’t meant to last forever, and just like that, any ounce of social awareness we had disappears into cyber history.

So this time, I’m begging you, please do not make Mizzou a trending topic.

While I completely agree the use of social media is the best way to spread awareness, I also believe people have lost the real reason for the hashtags.

When you see that hashtag, you are given a peek into someone’s real struggle. These hashtags didn’t just become trending topics randomly; they trend because people are living these hashtags.

Every time a new hashtag emerges, I question almost every decision I’ve ever made. I acknowledge the fact that it could’ve happened to me or anyone in my family.

But for me, #Mizzou has had an even deeper effect.

I’ve always gone to schools where I was the minority by a large percentage, so I was barely fazed when I started applying to colleges where the African American population was under 10 percent.

To me, that was normal.

But, now I’m wondering if I’ve made a mistake.

Although I personally have never faced any racial problems at the Predominately White Institution (PWI) I attend, who’s to say I won’t?

Of course there is ignorance, but I have yet to experience any downright racism.

But in my opinion, those ignorant comments are seeds that when watered with a certain issue, can quickly turn into something much more hateful.

I know I’m am one of the fortunate ones. I'm lucky that I can attend a PWI with very little trouble, but I know some of us aren’t as lucky.

And that’s why #Mizzou can’t die.

We can’t let this die out before it has time to really make change. #Mizzou needs to stay relevant until anyone who has felt oppressed at their PWI has time to gain the courage to stand up.

#Mizzou can’t die until students can fight for what they believe is right without being faced with death threats or even worse, being told to “prove it.”

Why would anyone make these stories up?

#Mizzou can’t die until the students at Mizzou feel important and safe enough to attend classes in a community they feel completely accepts them.

#Mizzou can't die until people stop denying these are real life issues. Just because you aren’t suffering doesn’t mean someone else isn’t. Please stop trying to undermine someone else’s struggle.

And even then, #Mizzou still can’t die because no progress is made without the acknowledgement of our struggle.

But most of all, #Mizzou can’t die because that would be disrespectful.

The students who have protested at Mizzou have brought national attention to an issue that is often swept under the rug.

These students have paved the way to make things a little bit better for me and any other person of color attending a PWI.

So again, I ask, please do not just settle for #Mizzou being the trending topic of the week, make this a hashtag that America never forgets.