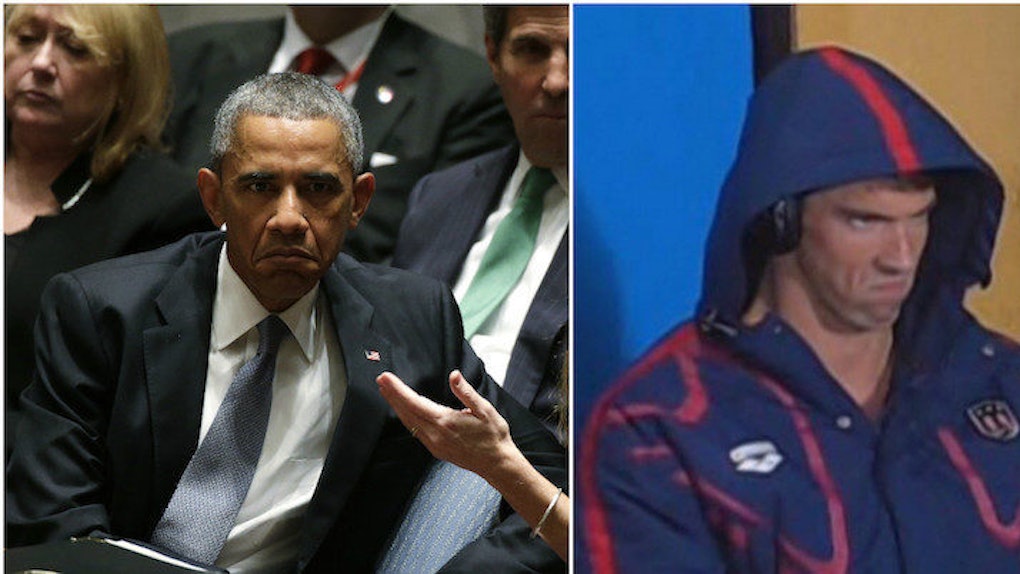 Michael Phelps And Obama Listen To The Same Pump-Up Song, So Download It ASAP

You already know Obama cranks up "Lose Yourself" when he's getting ready for a major event, and now, it turns out the rapper is probably behind Michael Phelp's awesome face as well.

I'm talking about this wonderful piece of expression:

Let's get a closer look:

Yeah. You want that? You want to feel what Phelps is feeling in that moment? You want to harness that anger and channel it for next-level motivation? Then, plug in some Eminem.

Phelps told The New York Times his playlist is a "mix of songs from Eminem, Young Jeezy and, a more recent addition, Eric Church."

Do we have hard evidence Eminem is the formula to living the American Dream? Er, YES.

You can keep your scientific mumbo-jumbo -- this is all the proof you'll ever need.

Now, why don't you get some of this in your ears and remind yourself what being so awesome feels like: