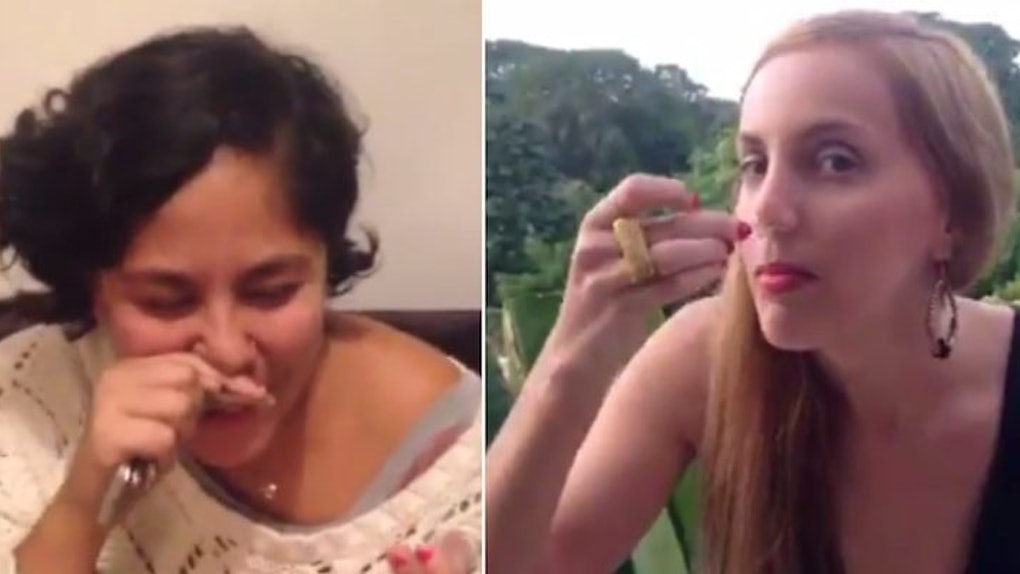 People In Mexico Are Apparently Challenging Each Other To Snort Coke

The Ice Bucket Challenge, for all its good intentions, was commonly misinterpreted by participants as it made its way around the Web. Still, in instances where the challenge failed to raise money, it succeeded in raising awareness.

In what appears to be the spirit of the IBC, a few rich bougies in Mexico are raising awareness for how fun and cah-ray-zee it is to delicately blow lines of cocaine.

In each video, a woman nominates friends to take the “Pasesito Challenge” or “Reto Del Pasesito” and then promptly snorts what looks like a bit of that fresh llello.

In what is likely a rough turn on the stereotype carousel for Mexico, the "challenge" reportedly caught attention nationwide, and the Internet is not pleased.

Internet advocacy took a weird turn with this particular challenge, but I'm sure there is a nation of rich, bored teenagers thrilled their stories are finally being told.

Citations: Rich Mexican Girls Are Doing Their Own Version Of The Ice Bucket Challenge Except All They Do Is Snort Cocaine And It Doesn't Raise Any Money (Barstool Sports)