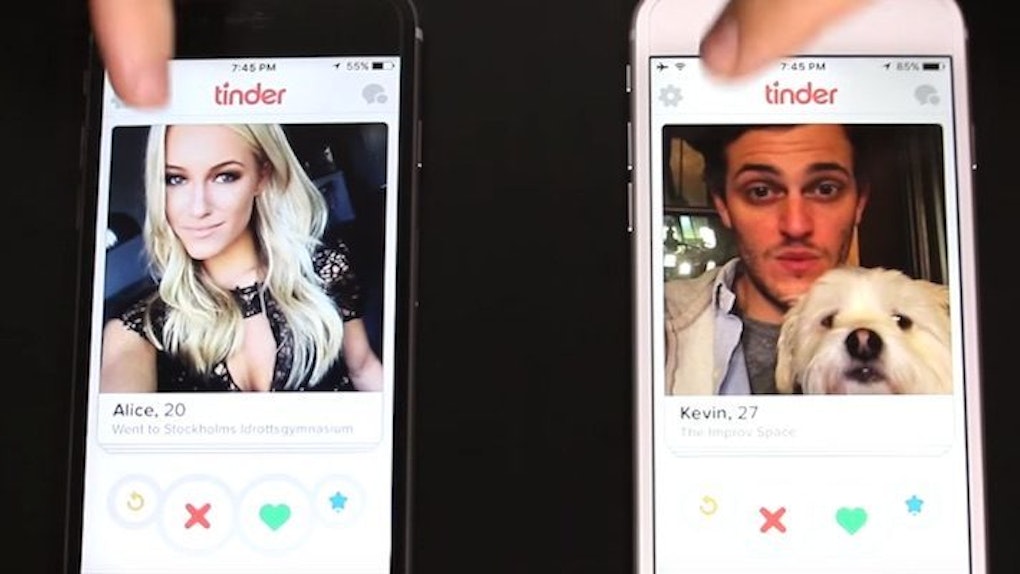 The social experimenters at YouTube channel whatever set out to uncover the disparities between men and women when it comes to success on dating apps, specifically Tinder.

If you're a Tinder user who's ever wondered what matches look like for the opposite sex, look no further.

The crew at whatever created two profiles using the photos of an attractive man and woman with their permission.

The profiles were identical in terms of location, age, number of photos and discovery settings.

In other words, both Brian and Briana (fake names) were located in Los Angeles, CA, looking for a match within 100 miles, of the respective opposite sex, between the ages of 18 and 38.

Once the profiles were created, experimenters swiped right on 1,000 consecutive profiles for Brian and Briana with no method to their madness whatsoever.

After one day, Brian accrued 269 matches and had a mere 28 messages in his inbox; whereas, Briana had 701 matches and 378 messages waiting for her reply.

Brian, on the other hand, was left with a 27 percent match rate and a 10.5 percent message rate.

In case you were unable to deduct that Briana had significantly more success than Brian, the video states she had 2.6 times more matches and 13.5 times more messages than Brian.

This poor guy! Female success absolutely crushes the Tinder dating game, as the experiment shows a significant gender disparity in its results.

Briana also got a couple of noteworthy matches in her near-100 percent success rate, but you'll have to watch the video to find out who.