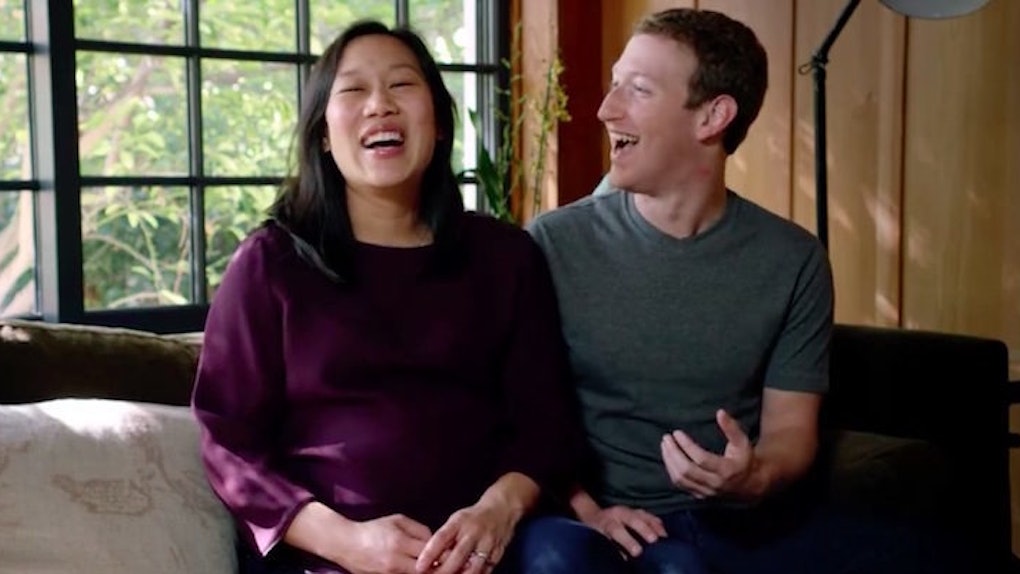 You can already tell Mark Zuckerberg is going to be one of THOSE dads. The only real difference is THOSE dads just videotape piano recitals and embarrass their daughters at soccer practices, while Mark Zuckerberg owns like 10,000 boats, probably.

Now that baby Maxima Zuckerberg is a member of this planet, Mark and Priscilla are doing everything in their power to make it a little better.

They already vowed to donate 99 percent of their Facebook shares, tallying up to around $45 billion, to various charities, and they are now laying out a road map for the next generation to achieve bigger goals.

In a video uploaded to Mark Zuckerberg's personal Facebook page, Zuckerberg and his wife reflected on what having a child means to them and gave loving words of encouragement to their daughter and her generation.

He captioned the piece,

It will be deeply meaningful to show this to her one day. I'll share more soon.

Big fan of the Zuckerdaddy.

Citations: Mark Zuckerberg Shares Sweet Video That Will Be Deeply Meaningful For His Daughter One Day (Cosmopolitan)