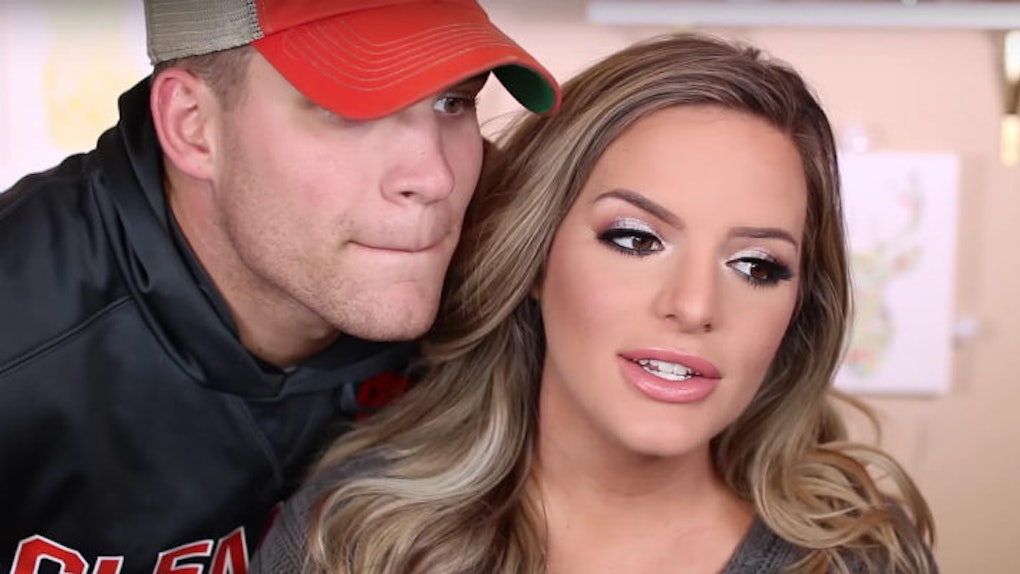 A wise woman once told me,

Anything you can do drunk, do it drunk and it will be like ten times more fun.

That wise woman was me, talking to a reflection of myself in the mirror while I was incredibly intoxicated.

And I wasn't wrong.

Even if you aren't on the beauty vlog bandwagon, it's hard to miss this latest craze: women doing makeup tutorials and having a male in their life, who knows very little about makeup, provide the voiceover.

This is usually in the form of a father or a boyfriend. In Casey Holmes's case, it's a drunk boyfriend Davis.

Despite calling a blender sponge and "teardrop sponge," which makes perfect sense to me, Davis seemed to have a pretty good understanding of makeup itself.

He knew what highlighting and contouring were after all -- that's more than I know, TBH.

He also knows the importance of eye glitter:

It's a look that you gotta go for if you're tryin' to say, 'Hey, I'm ready to party, but I'm also independent,' ya know what I'm saying?

Davis even knows that the true "key to success" lies within applying some fierce fake eyelashes.

All this time, I foolishly thought "hard work" was the key to success. I can be such a rube sometimes.

The tutorial was originally going to be a lot like the others, but the couple went shopping and had too many moonshine samples.

Ah, someday, I hope I have someone who knows how to put makeup on their face so I can give a clueless voiceover. And also so they can make me beautiful. It would be a win/win for me.

What would top a drunk boyfriend doing a voiceover? Maybe an old prospector?

Citations: This Vlogger Let Her Drunk Boyfriend Narrate a Makeup DIY — and the Results Are Hilarious (Popsugar)