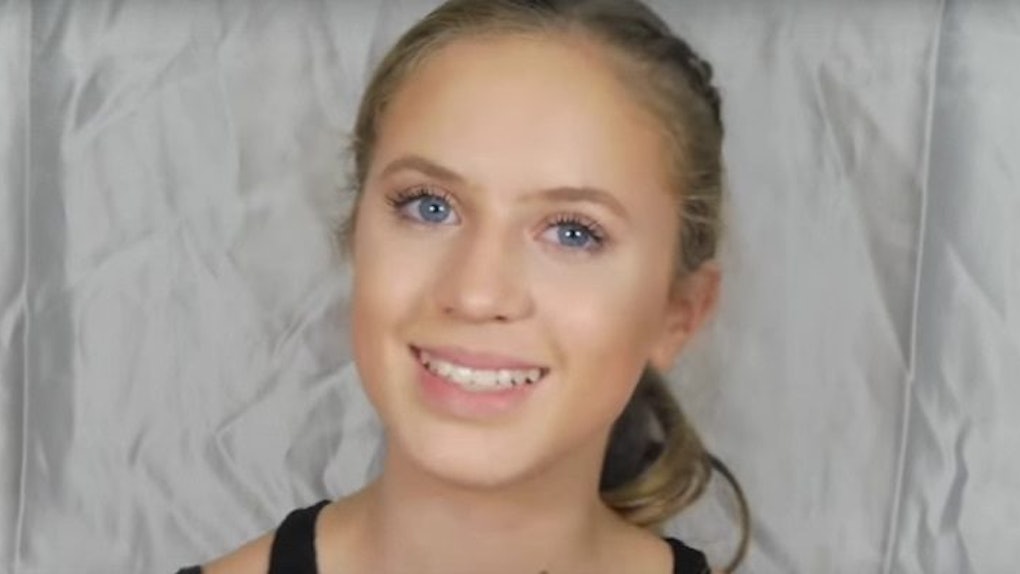 You have to admit: The internet has been absolutely flooded with makeup tutorials lately, and as a woman who wears makeup on the reg, I feel like I can safely assume everyone's a little bored with the consistency of them all.

At this point, we're used to makeup gurus telling us the step-by-step process of how to transform our faces from drab to fab, but we've never been guided by someone who has no idea WTF they're doing... until now.

Megan Michell -- a gorgeous YouTuber who's obviously experienced in the realm of makeup -- put her father in charge of her newest tutorial and the outcome is hilarious.

Usually, dads provide a voice a reason -- but this dad is clearly clueless about everything beauty related, and it's cracking us up.

Megan begins the video by telling her audience the makeup tutorial would follow her "everyday makeup routine," and her father would be the one doing her voiceover.

In an attempt to warn everyone watching, she says, "Forgive me if he says anything weird."

After watching and listening to the video, I think "weird" is an understatement.

Throughout the hilarious tutorial, her dad has something witty to say about every makeup product and applier that Megan uses.

He starts by stating the Elf primer she rubs onto her face is made from the "sweat of elves."

Well, no, Dad, not exactly.

Then, he narrates Megan applying foundation with an "egg that's squishy," and says you just want to "dab, dab, dab," while applying it.

I can't argue with him there.

Throughout the remainder of the video, he makes fun of the meticulous steps his daughter is taking, and even describes the "silly" dots of coverup she uses on her face as "makeup camouflage."

Not only does he poke fun at the way Megan applies the makeup, but he also addresses the Naked eye shadow pallet that she only uses two colors from. He jokes about it being expensive, and says,

I'm going to use the third one in, um, it's really the only one I use. This is a very expensive pallet and I only use a couple of 'em, but don't tell my dad because it's kind of a waste.

In my opinion, you need to watch the video in order to give it the  justice it deserves.

Although this guy doesn't have even the slightest clue about how to apply makeup, he certainly made the process fun.

It's certainly the most entertaining makeup tutorial I've ever seen.