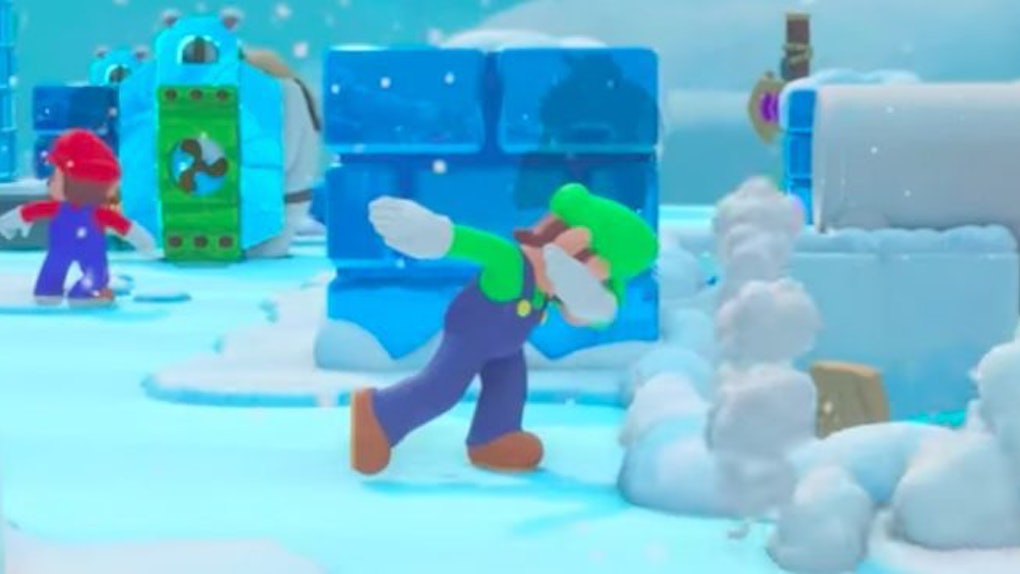 If you're a lover of Super Mario, then you're probably well aware of the fact that the Nintendo SNES Classic is slated to be released on Sept. 29. This new console is not only compact but it's also pretty darn cool with its 21 pre-installed games. Of the games on the console, many are most excited about playing Super Mario. However, I'm most excited about playing as the Luigi who dabs in a new Mario game.

OK, so the new game won't be featured on the upcoming SNES classic. It'll actually be a standalone game called Mario + Rabbids Kingdom Battle, which is already on sale and available exclusively for the Nintendo Switch console.

Luigi, who is typically less brave than his older bro Mario, is pretty heroic in this game. He counts on a long-range Precision gun that can be upgraded to become even more powerful. The only downside is Luigi counts on the smallest "health pool" of all the characters, via Gamespot.

Pros and cons aside, fans of Mario + Rabbids Kingdom Battle can only focus on the fact that Luigi can dab in this game, and they're so, so excited about it. Naturally, they've taken their excitement to Twitter.

"SO MANY EMOTIONS ARE COMPILED INTO THIS ONE VIDEO"

This is a pretty big deal.

Yeah, that dab is pretty serious.

"The most epic of dabs."

But not everyone is excited about Luigi's epic dab.

Whoa now, no need to get so passionate about a fictional video game character dabbing.

They are the future.

"This is simultaneously the best and worst thing ever."

An interesting sentiment, but I can't say I disagree.

Whatever your opinion is on dabbing Luigi, you have to admit it's pretty cool to see him embrace 2017 pop culture. LOL.