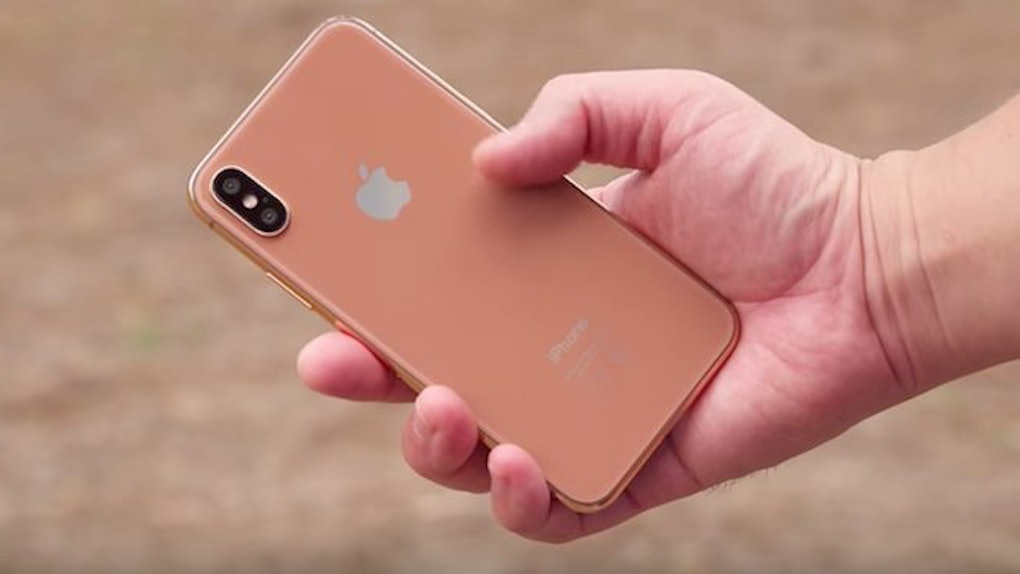 Will iPhone 8 Have An OLED Screen? Leaked Photos Might Confirm It Will

At this point, any rumor about the upcoming iPhone 8 has us sitting at the edge of our seats. Even though Apple is yet to confirm any details about the highly anticipated phone, there have been enough leaks that suggest exactly what the phone is going to look like and what it's going to do. However, one question is still taunting us: Will iPhone 8 have an OLED screen?

We've been through months and months of circulating rumors saying it will have a screen made of OLED panels, which will supposedly give the phone brighter displays and a better battery life. I don't know about you, but a better battery life sounds pretty amazing right about now. Thankfully, the rumors about an OLED screen might've just been confirmed, because a leaked picture of the rumored phone screens for the iPhone 8 have hit the web.

Benjamin Getskin -- who describes himself as a Mobile Reports and Concept Creator on his Twitter page -- posted pictures of rumored iPhone 8 OLED screen assemblies. Based off his post, these parts are selling for a whopping $5,000 on the Chinese Black Market. That a lot of money, so this must be the real deal... right? See the pictures below and decide for yourself.

Well, they look pretty convincing to me. If the rumored photos are confirmed, that'll mean the iPhone 8 will come with an edge-to-edge OLED panel with a 5.1 "user space," Apple Insider reports. The remaining space on the OLED screen will supposedly be saved for virtual buttons.

Those aren't the only phones Geskin leaked on Twitter, though. The Apple guru also shared a picture that reportedly shows one layer of the iPhone 8 motherboard. If this picture is the real deal, it confirms yet another rumor that the iPhone 8 will come with a "stacked" board.

Since September is so freakin' close, let's hope we have some confirmed iPhone 8 information sooner or later. In the meantime, we'll have to use our imagination based off rumors and leaked photos.