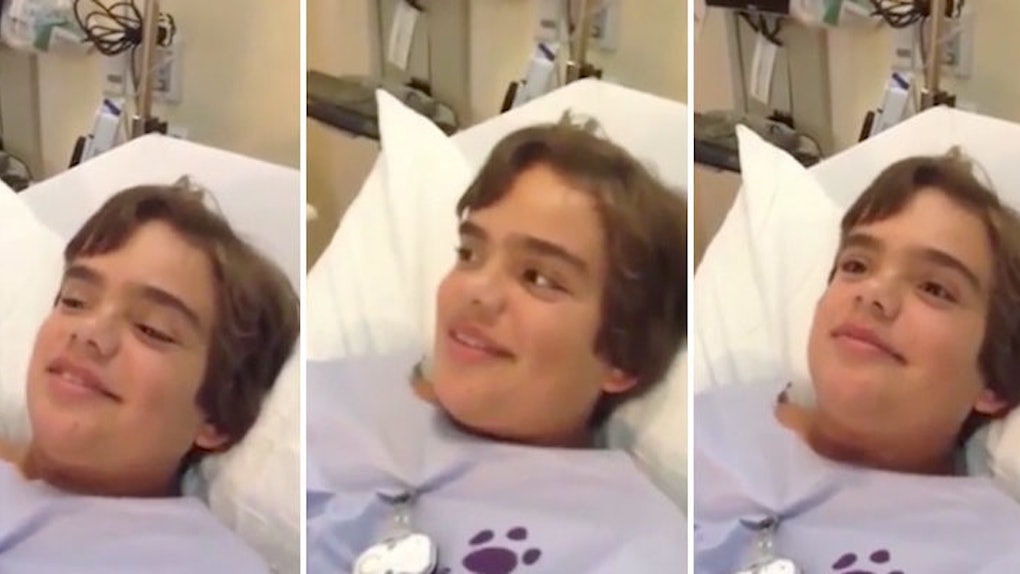 When I was 6 years old, my older brother double-dog-dared me to stick a marble up my nose.

Since I happen to be the type of person who's always up for a challenge, I gladly accepted his stupid dare and shoved that bad boy up my nostril like it was NBD.

But boy, was I wrong. It turned out to be a VERY big deal. Apparently, getting a marble up your nose is much easier than trying to get it out.

To make matters even worse, the internet wasn't really a big thing yet, so I couldn't simply Google "how the fuck do you get a marble out of your nose?"

After a long trip to the ER, a painful marble extraction and a long lecture from two very pissed off parents, I think it goes without saying that I learned my lesson and vowed to never again stuff something up my schnoz.

It turns out I'm not the only one with an embarrassing story like this.

Lad Bible recently shared a video that features a kid who inhaled part of a dog toy.

The little boy in question, Anthony, appears to be laying in a hospital bed. Every time he tries to talk or breathe, you can hear squeaking.

As you can imagine, seeing this kid make squeaky toy noises is pretty hilarious, so it should come as no surprise that this video has been shared over 32 million times on Facebook.

It's unclear whether or not Anthony's doctors were able to remove the squeaker, but for the sake of his parents' sanity (and his eardrums), I hope they got that dog toy out of him.

Check out the video up top for a closer look at this comical kid.