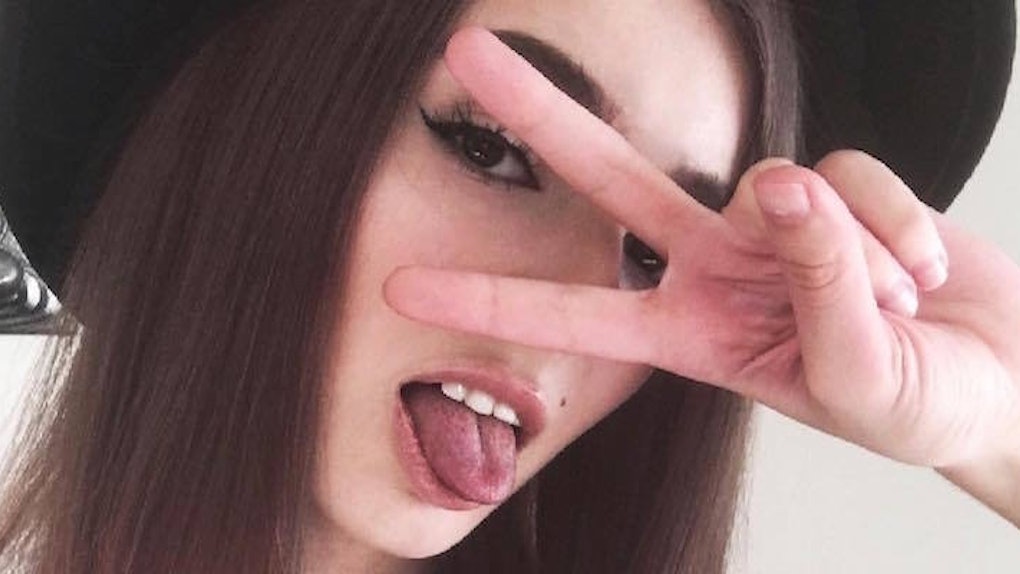 It's no secret that Instagram photos can often be deceiving.

Remember when we introduced you to Sara Puhto?

You know, that fitness blogger who posted a few side-by-side photos to show the world how misleading the Kardashian's booty pics can be?

Well, it turns out that Puhto isn't the only one who's on a mission to expose the truth behind those picture perfect uploads.

This London-based gal may see like the epitome of perfection in all of her pictures.

But as a model, Egger often sees the less glamorous side of what it takes to get those flawless final edits.

This is exactly why this model rewrites Instagram captions to reflect how much work really goes into photo shoots.

That's right. Egger recently set out to show her followers how deceitful Instagram photos can be by writing captions that describe the criticism she receives at work, along with the hashtag #truthbehindthisshot.

In a photograph that shows Egger wearing lingerie, she writes,

My agency told me on that day that my hips were way too wide and that I needed to lose weight in order to have a chance at London Fashion Week. I already was underweight so I decided to not lose any weight. I still got confirmed for LFW.

In addition to exposing the truth behind each photograph, Egger also talks about body image, reveals some of her personal insecurities and explains how much work goes into her perfecting her appearance.

In an outtake from one of her photoshoot, Egger confesses,

I spent about an hour thinking about whether I should post this or not because my nose makes me feel uncomfortable.

It's not just professional photos that require a lot of work, either.

Egger also posted a mirror selfie along with the caption,

This took me like 15 min to take, and I was close to falling off my bed because I had to make my legs look slim.

Egger's #truthbehindthisshot initiative captures the superficial, nit-picky nature of fashion photography and proves that you have to have a thick skin to endure the criticism that often comes along with being a model.

In fact, Egger exemplifies just how critical the industry by posting a photo with the caption, "My teeth were edited because they're usually uneven and I felt like it's distracting."

If you ask me, this fearless model serves as an important reminder that Instagram is often filled with smoke and mirror selfies, so you can't always believe everything you see on social media.