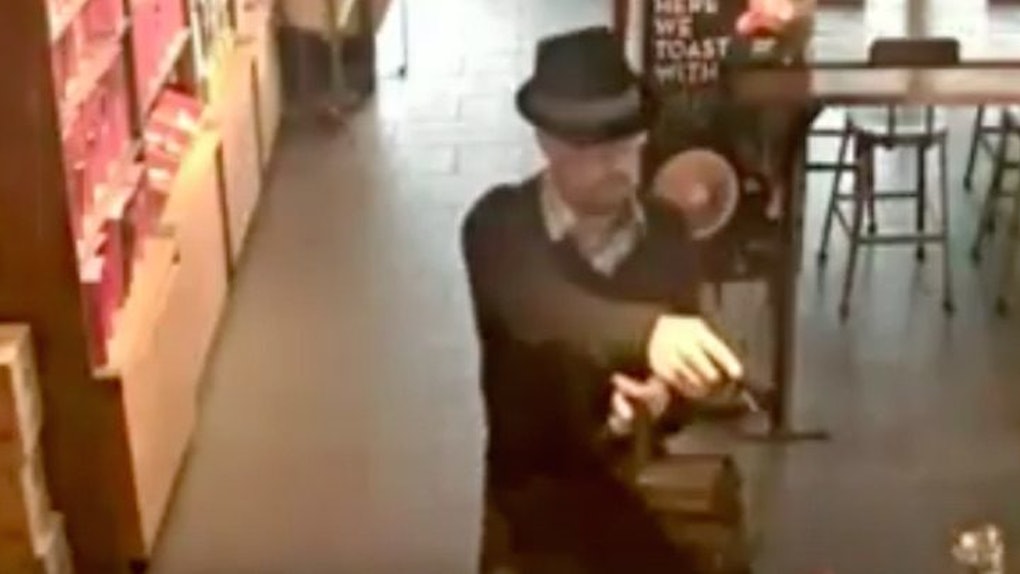 Some Guy Dressed Up Like Heisenberg And Robbed A Starbucks (Video)

Hypothetical question: If you were going to rob someone at gunpoint, who would you rob?

Most people would probably opt for a bank because if you're going to do it, you might as well really do it. But not this guy.

This guy decided to rob a Starbucks. And he did it dressed like Heisenberg.

They're hoping the video's release will aid in locating the suspect.

Honestly, I'm kind of surprised they haven't found him yet. A guy who robs a Starbucks probably doesn't have the wherewithal to run from the cops for very long.

But, on the other hand, his disguise was so good, it's hard to see anyone other than Heisenberg when you watch this video.

So, I guess what I'm trying to say is, watch this ridiculous footage, and if you happen to know the guy who committed the crime, call the cops because they're looking for him.

Citations: Heres a Video of a Hot Guy Robbing a Starbucks (Cosmopolitan)