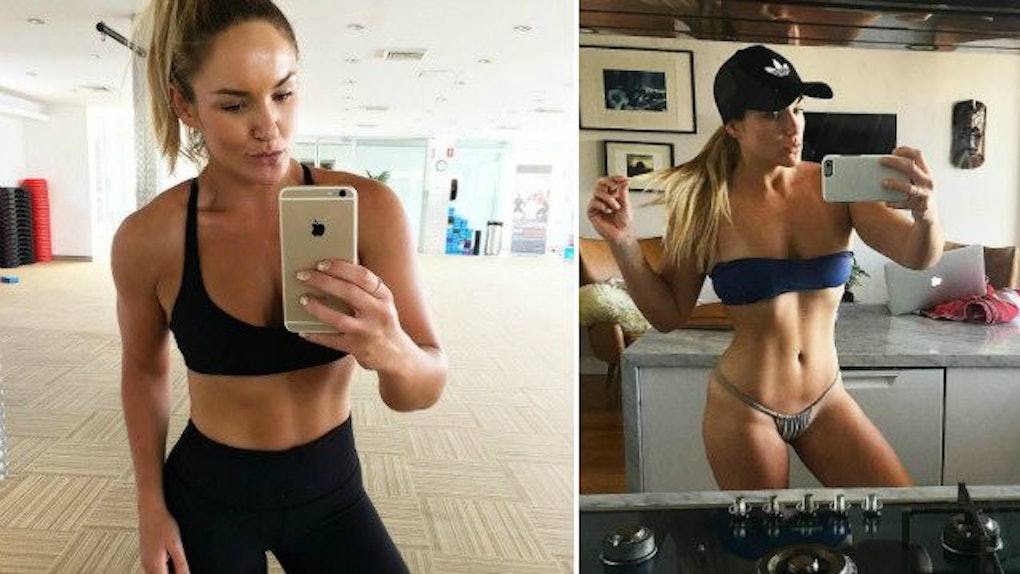 Sometimes, having a vindictive ex is a good thing.

I say this because it wasn't until after her ex-boyfriend insulted her weight that Hayley Westoby, a 25-year-old Australian woman, dropped 140 pounds and got in the best shape of her life.

Apparently, Westoby had always been athletic before she went to college, but once she entered school, she started gaining a pretty sizable amount of weight.

From there, things kept spiraling.

Before my weight had been mentioned, I hadn't realized how much weight I'd put on. It had been a gradual thing since starting university, where I gained the 'Fresher 10' and then some thanks to my student diet of junk food and booze.

Eventually, Westoby weighed in at 260 pounds, but she reportedly didn't realize it until after an insult from her ex-boyfriend.

The 25-year-old's ex reportedly told her to "lose some weight." Well, I think it's safe to say Westoby took that advice to heart.

To her credit, though, it appears Westoby didn't actually view her ex-boyfriend's words as malicious.

Speaking on their argument that sparked the weight loss comment, she said,

We were arguing about something silly, when at the end he told me to 'lose some weight.' Deep down I knew he wasn't being nasty. It was a slip of the tongue that had revealed he had genuine concerns about my size.

Speaking on her weight loss, the Australian woman said,

I decided to set myself an achievable target of losing five kilos (about 11 pounds) and was amazed at how quickly it came off. So I kept going, educating myself on exercise and nutrition along the way. Now I've lost 65 kilos (about 143 pounds) completely naturally and am so proud of what I've achieved. I'll never be embarrassed by my body again.

Westoby looks absolutely amazing now, and an in-depth peek at her Instagram page shows you her unbelievable transformation.

Citations: This Woman Responded To An Ex's Comment About Her Weight By Getting Into Ridiculous Shape (Uproxx), The best revenge body EVER? Woman, 25, claims being called 'fat' by an ex gave her the inspiration to lose a staggering 65 kilos (Daily Mail)