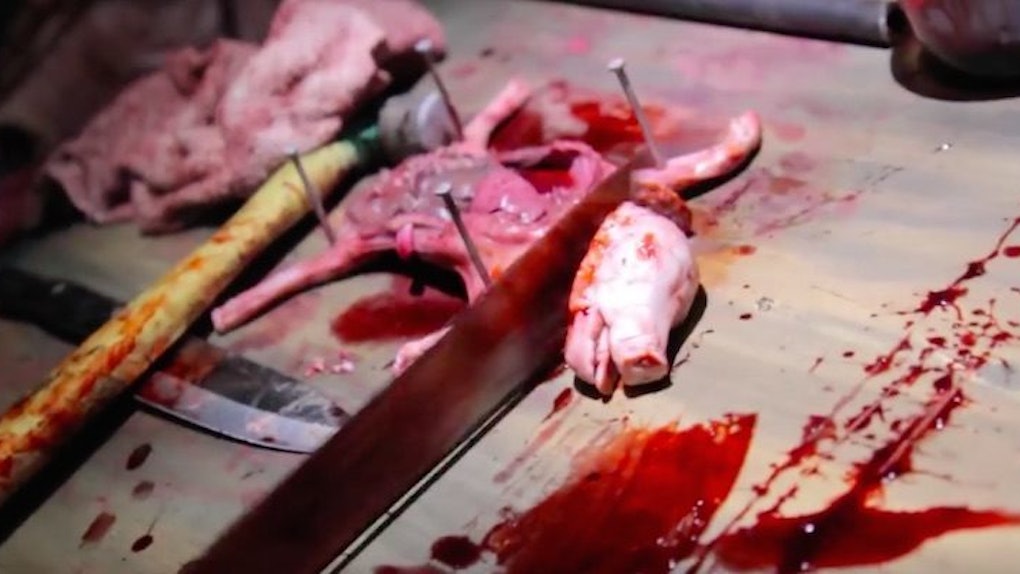 This Haunted House Is So Terrifying, You Need To Sign A Waiver To Enter (Video)

This extreme haunted house is one big terrifying bucket of, "NOPE, I will be going nowhere near there this October."

If you aren't a fan of being so scared you lose the ability to sleep without a series of night lights, then you may want to steer clear of Tustin, California this autumn.

The Orange County city is home to The 17th Door, a 17-part interactive haunted house so horrifying you need to sign a waiver just to enter.

The maniacal mansion is the brainchild of Robbie Luther and his wife, Heather. Heather told ABC 7,

There's a lot going on, where it's very interactive and immersive and kind of invades your space. You will get touched and you might get wet.

Aside from the sheer terrifying nature of the house, the thing that seems to set The 17th Door apart from other attractions is the storyline.

The entire experience takes place in the mind of a demented college student named Paula, a freshman at Gluttire University.

The big, awful, scary bow on the whole thing is if you decide you're done fear-sh*tting yourself, the only way out of the house early is to yell “MERCY” and pray to God someone ends the exhibition.

Heather said, since the house opened two weeks ago, she and her husband averaged around 800 people per night, and 350 of those people yelled “mercy.”

Judging from the video above, it's all pretty terrible… except for those random clips of people eating Hostess cupcakes. I'm not really sure what's going on there, but I can't imagine it's all that scary.

If Freddy Krueger showed up in my dream double-fisting some sweets with a face covered in cream filling, I wouldn't be scared as much as I'd want Freddy to stop hogging all those Devil Dogs.

Aaaaaaand now I can't get the image out of my head of Freddy and me working out our differences over baked goods.

Citations: This Haunted House Is So Scary You Have to Sign a Waiver to Get In (Cosmopolitan)