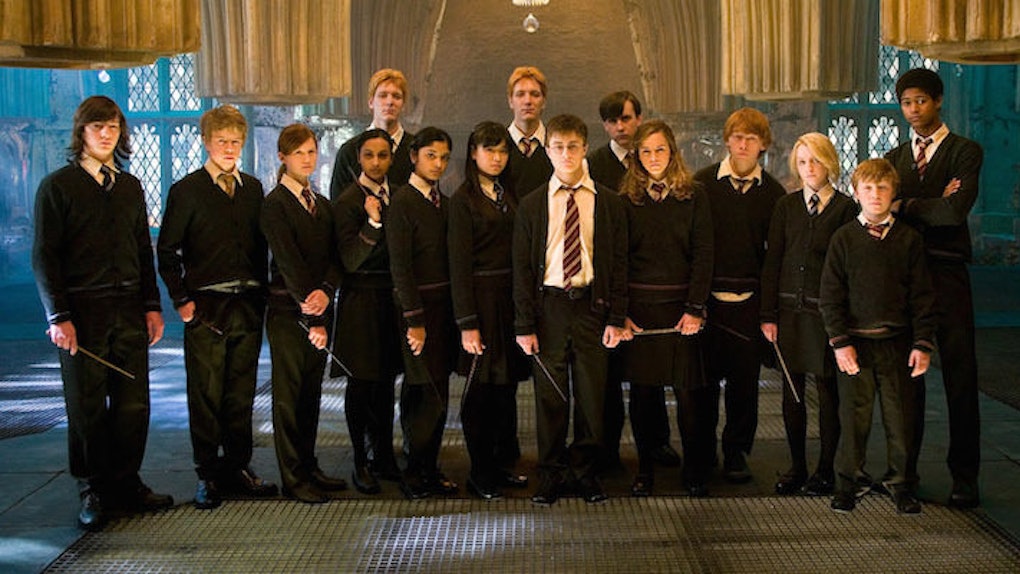 People Turn To 'Harry Potter' To Find Hope After Election

If it's any consolation, you do still have the ability to join the DA (Dumbledore's Army for all you unaware Muggles).

Tuesday night was rough, Wednesday was probably even rougher.

We all woke up to a different world. One possibly not as safe for various members of this country than it was even 20 hours ago.

Over half of the electoral college has spoken and they've decided that in lieu of the first female president, they will grant control of our nation to a one of the most polarizing "political figures" in history.

Yup, it's scary times and during scary times, people tend to grab onto everything and anything to help them get through the situation.

Twitter has decided that the best way to find comfort after last night's election is to look to the "Harry Potter" books as inspiration and you know what, it's helping a little bit.

It's not helping a LOT, but lord knows any little bit goes a long way.

Lin Manuel Miranda has decided to get through this mess with a little help from JK Rowling.

Somehow, this Albus Dumbledore quote is making me feel a little better.

The concept of joining a real life Dumbledore's Army has also made it's way across the web, with many posting quotes and lessons from the DA.

JK Rowling herself, the Queen Hae (Beyoncé gets Bae, JK gets Hae), has spent the day trying to put some motivational spin on this epic shit show.

So, no matter where you are today, or how bad you're taking the idea of a Trump Presidency, remember that you always have the ability to close your eyes and get taken to Hogwarts.

Don't do that while you're driving, or in a business meeting, or something. Be rational about this.

Citations: People Are Turning To Harry Potter For Comfort After The Election (Buzzfeed)