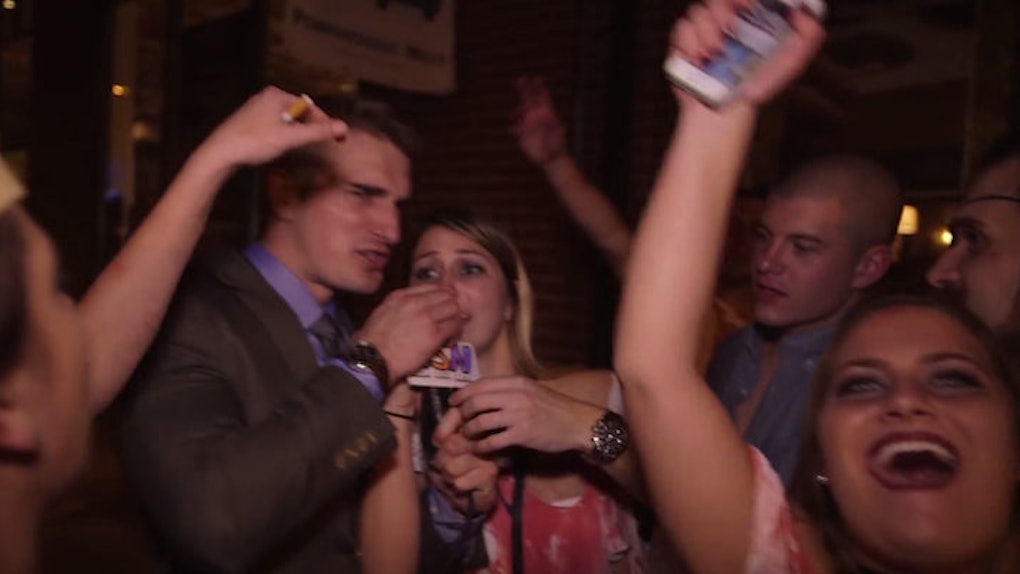 While you spent your Halloween throwing up on someone dressed as Eleven from "Stranger Things" while you were dressed as Barb, one guy was taking painstaking efforts to document just how awful we all become each and every October 31.

YouTuber Scott Bigos decided to impersonate a news anchor from the very fake-sounding network BSN and ask people about their costumes.

The resulting footage will make you lose faith in humanity. Viewer discretion is advised.

This guy started talking about how he needs "hoes" to pimp out into prostitution. Classy!

One lady devil thought that talking about spam was more interesting than a lightsaber duel between Luke Skywalker and Kylo Ren.

The plot of "Episode VIII" is happening right behind her, and all she can think, or talk about is spam?

This guy was talking about how his character of Fred Flintstone liked Donald Trump when he just sort of trailed off and said...

Those eyes will haunt me for the rest of my life.

I'd say I'm enthusiastic about the upcoming "Space Jam" sequel. I wouldn't necessarily say I'm "rock hard" thinking about it. Heck, I'm not even remotely aroused, to be honest.

I find the zoom-in toward this guy's crotch a little questionable, cameraman.

What a fun costume! And by "fun," I mean "really creepy." Also, maybe you should speak in a less Bane-like way if you want to talk to people without terrifying them?

The girl on the right is literally me every Friday night.

And I don't stop screaming "WOO!" until Monday morning.

Imagine combining your levels of drunkenness on Halloween and your 21st birthday.

This would explain what's happening in the chaotic scene above that appears to show this group of partiers before they ripped this reporter apart limb-from-limb.

Overall, this guy had some extremely awkward interactions with strangers.

OH, and the moment he calls out someone dressed as Harlequin? Spot-on.

So, feel free to hit that play button above and revel in the awfulness that is people on Halloween night.