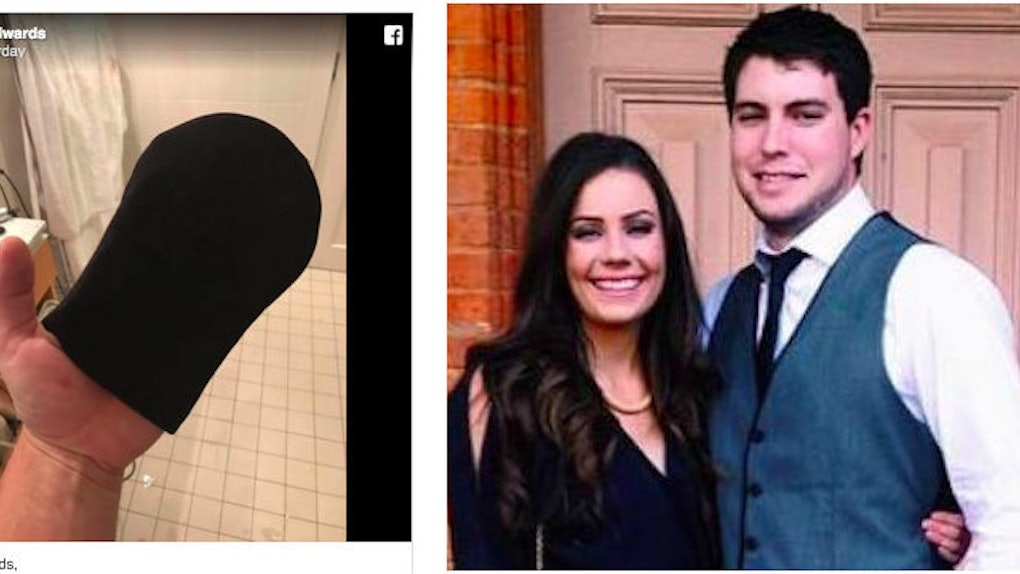 Men everywhere: This is a code-red situation.

Some guy has just raised the boyfriend bar and managed to make us all look bad AT THE SAME TIME.

Not only does Matt Edwards help his fiancée Sheridan apply tanner to her back, he also took the time to write to the company that made the tanning mitt when he realized it was too small for his hand.

This grade-A fiancé from Perth, Australia, was more than happy to step up when his girl asked him to help tan a hard-to-reach area of her back. However, the mitt left him with a slightly orange palm, which isn't ideal as the couple prepares for its wedding.

Rather than moan about it and refuse to do it again (like I would definitely do), he is now campaigning for change — change for big-handed, long-suffering tanning appliers everywhere.

Because not everyone who uses a lot of fake tan has weirdly small hands. Ahem.

Matt, 24, posted his letter to Bondi Sands on Facebook, where it was met with approval by loads of people who've also been cursed with ginormous hands.

The message, which you can read in full below, shows Matt's pure frustration with the situation,

I am sure, much of my displeasure, that my gorgeous fiancée will continue to use your lovely products regardless of my issue. But please, in future make the mitt bigger or include an extra mitt for those men out there that must assist the women they love.

So yeah, Matt is Boyfriend of the Year and everyone else should just give up.

The amount of people to comment and the amount of guys out there that are in the same dilemma was very surprising. Unfortunately my fiancee Sheridan suckers me into doing it for her once every couple of weeks - which I'm more than happy to oblige. But this was the last straw and I was wondering if there were any other men out there facing the same problem, and I found out they are.