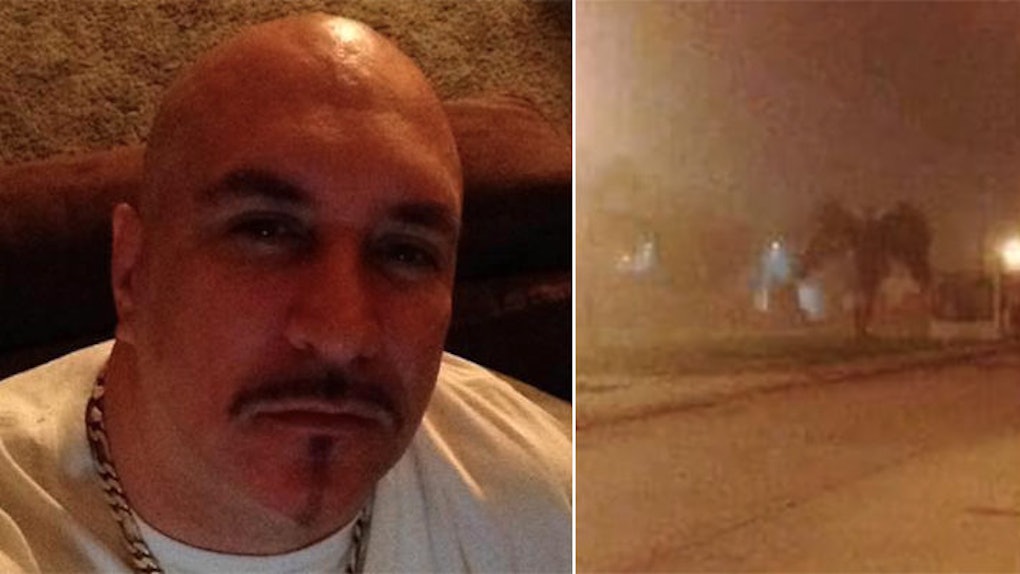 Two pictures and about 10 words are all one man needed to start a big fuss over a Facebook post.

The question at hand: "What the hell do you see in this picture for reals???"

That's what Arizona man Richard Christianson posed to his friends on social media over the holiday weekend. Christianson's post has since been deleted, but — of course, this being the internet — screenshots have circulated and a debate seemingly ensued.

According to MailOnline, one (clearly freaked out) commenter wrote,

But with the EVIL days we live in now , what if it is a demon wreaking evil deeds all around us? Whether you want to believe it or not, these are the END TIMES.

Another commenter wrote, again via MailOnline,

Richard it's a damn palm tree and you tried making this s*** famous but it's not working.

Au contraire, it actually is "working." Thousands of people commented on the post, per multiple reports.

The debate even migrated onto Twitter when Cleveland broadcaster Tia Ewing got thousands of retweets after asking pretty much the same question Christianson did:

Is it an angel or a demon?

And there's really only one smart answer to this question, especially if you're familiar with 21 savage.

Now, in fairness, the tree does look way taller than the house it's near, which is weird. And, I suppose if a demon wants to visit a climate it's more used to, I mean, Arizona does the job, doesn't it?

That being said, it's a tree, guys. I know, I know, everyone was just having a laugh with this, but let's definitely acknowledge that it's a tree.

Also of note: the hell type camera is this man taking that picture with? The moon is not supposed to be looking orange like that. Don't they have iPhones in Phoenix?

Step ya game up, bruh.