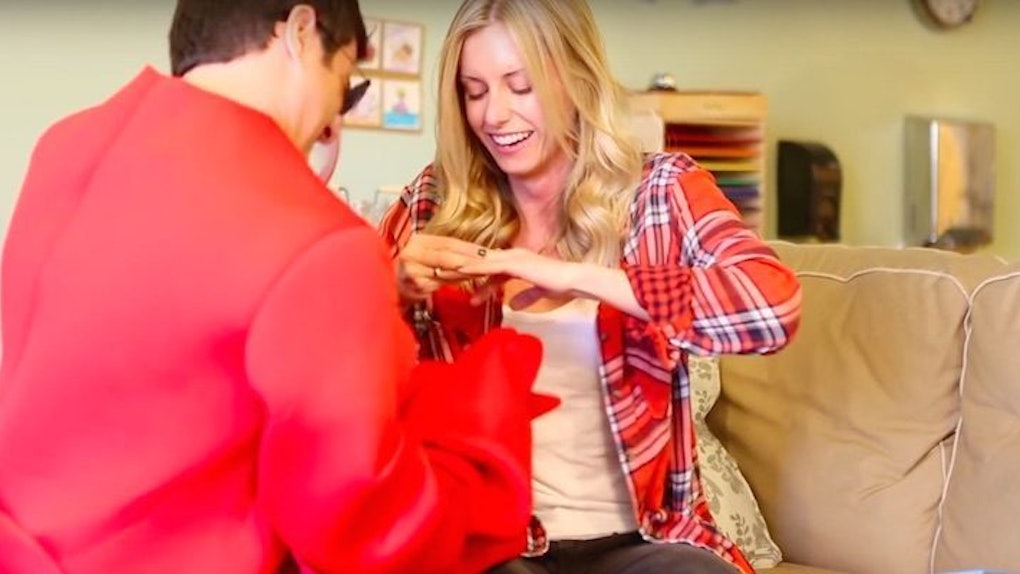 When most of us think of a marriage proposal, we envision roses, diamonds, champagne -- the works.

It began when Elsa Cremer, a preschool teacher, was asked if she'd like to be filmed reading a book to her students for “marketing purposes.” She was told the book, “Bobster The Lobster,” was written by her boss's friend, so she agreed.

In the video above, Cremer happily reads the tale until she gets to the last page, which ends abruptly with the words,

Confused by the unfinished ending, she looks up, only to find her boyfriend, Joe Graceffa, decked out in a lobster suit with a diamond ring in hand.

From there, he finishes the story's ending by asking Cremer to marry him.

It's definitely not conventional, but it's still one of the sweetest proposals I've ever seen.

Check out the video up top.