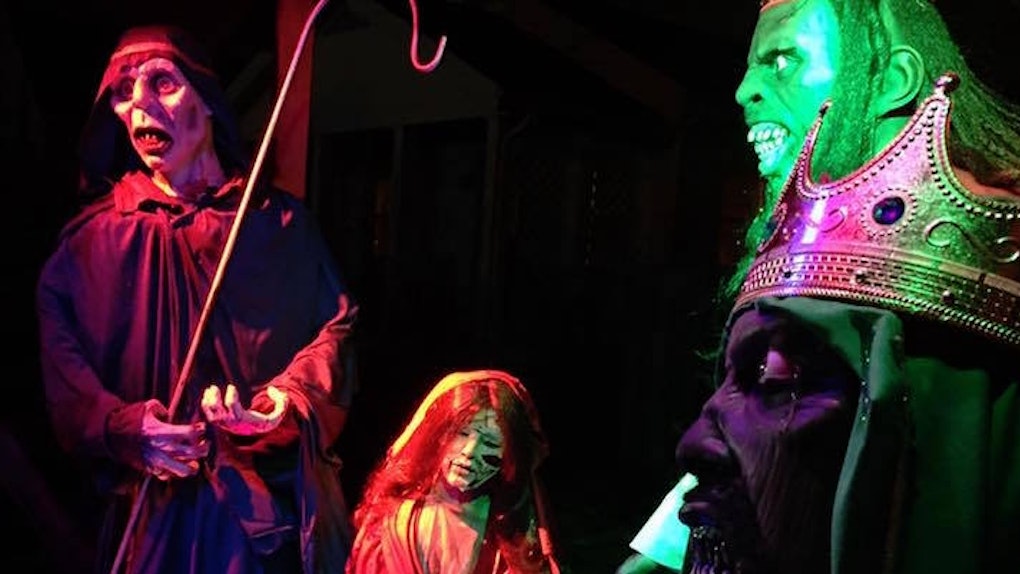 When I was growing up, in a small, very white town in Rhode Island, my far left-leaning ex-hippie mother would always joke that she'd like to replace all the baby Jesuses in the town's nativity scenes with those horrid blue-haired '80s troll dolls, just to piss people off.

I thought, at the time, her proposal was the funniest thing I'd ever heard.

But a man in Ohio has officially upped the ante.

Jason Dixon of Sycamore Township, Ohio, recently erected a zombie nativity scene in his front yard, to the dismay of his fellow townsfolk and local authorities.

In fact, Dixon is being fined by the town for the scene, which the townspeople have deemed disrespectful and un-Christian.

Among protests, legal fees, and harassment from Christians (some of whom have left flyers reading “God frowns upon this manger scene,”) Dixon has stood his ground.

In fact, Dixon set up an Indiegogo campaign to help raise money for the $500 fine he's been ordered to pay in response to the 65-square-foot undead nativity scene.

You can donate to the campaign here and head to Facebook to see the badass zombie manger in the (rotted, stinky) flesh.

Citations: This Guy Is Getting Fined for Having a Zombie Nativity Scene in His Front Yard (Vice)