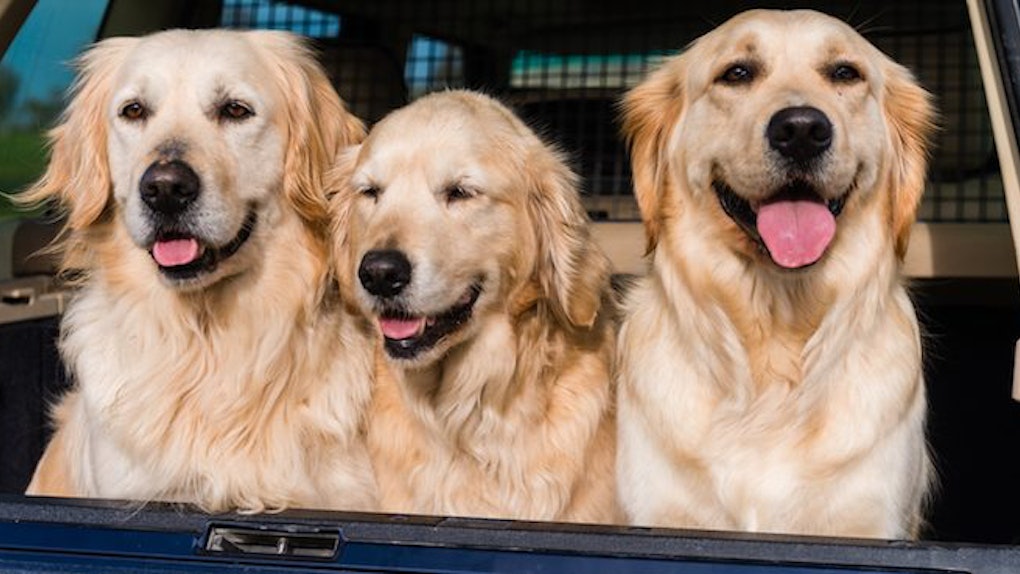 Though the caption reads, "I'm begging you to look at this," we don't need need any extra convincing when it comes to golden retrievers.

The four golden retrievers -- presumably a puppy family -- all gathered outside a store window because something had caught their eye.

Then, they huddled together for an even closer look at the phenomenon before them. They squeezed in tightly as their adorable tails were on display for those passing by.

But what had left them so captivated? Oh! To add to the adorable theme, these four furry friends were looking at a box full of kittens. The wonders never cease!

Take a look at how excited these golden retrievers are (probably minus the fella in the back because he didn't get a good spot). If this isn't enough to melt your cold, black heart, nothing will. I can't blame the people passing by for snapping a few photos of this too-pure-for-words moment.

Naturally, when something is this charming — and when dogs are involved — the tweets start pouring in.

Perhaps the greatest gift of all was the fact that people responded with pictures of their own furry friends.

Hi Riley! Aren't you just the cutest thing to ever walk the Earth?!

Then things took an even more emotional turn when Twitter users shared pics of their pups who are no longer with us.

PSA: You might want to snag a few tissues from the bathroom because this is going to hit you right in the feels.

Before your day becomes consumed with work, politics, and everything else, take some time to enjoy these adorable pooches — you'll be glad you did.