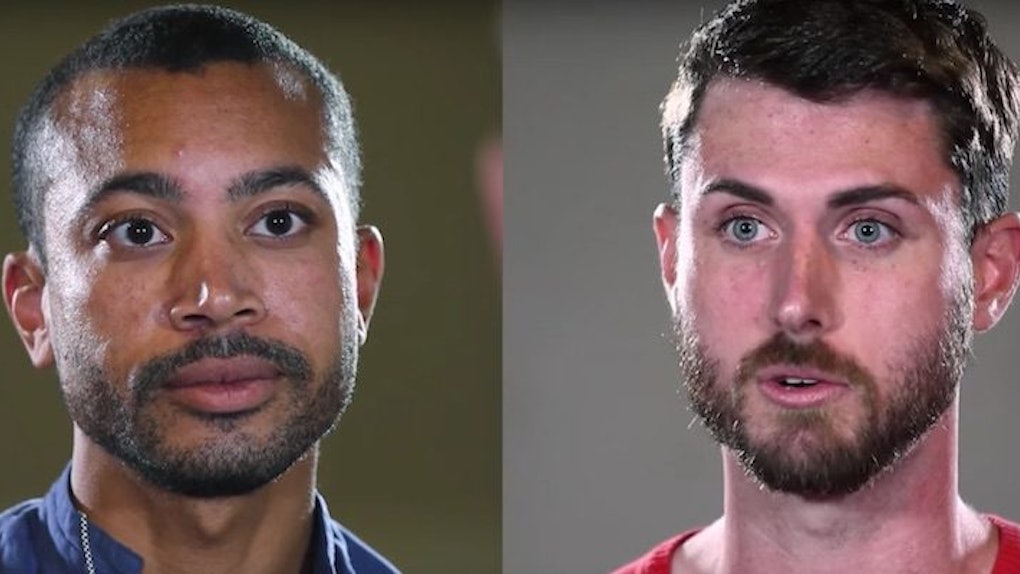 Gay Couple Gets Real About How Religion Has Affected Their Relationship

That's a pretty obvious statement, in my opinion, but you'd be surprised how many people have trouble grasping that fact.

In this video from The Skin Deep, Andrew and Jerrold address some of the issues they've dealt with in their seven years of marriage.

They walk through the different stages of their relationship -- how they met, their first impressions of each other, when they fell in love, sex and their fears about the relationship.

Obviously, Andrew and Jerrold know each other very well and are comfortable being honest with one another. It's that honesty that makes this exploration of their relationship so interesting to watch.

They get real about their sex habits, too, when Jerrold confesses his ideal number of times to have sex per week is six. Andrew replies,

Andrew also talks about how his religious upbringing affected his relationships as a gay man. He said,

I grew up in a world where I thought... I was never going to be able to get married without thinking it was a mistake. And then meeting you and having a relationship with you, and marrying you, it's just surreal because I never thought this would be a possibility.

This sort of communication, love and support is what I imagine the true meaning of marriage to be. Thank you so much for your honesty, Andrew and Jerrold!