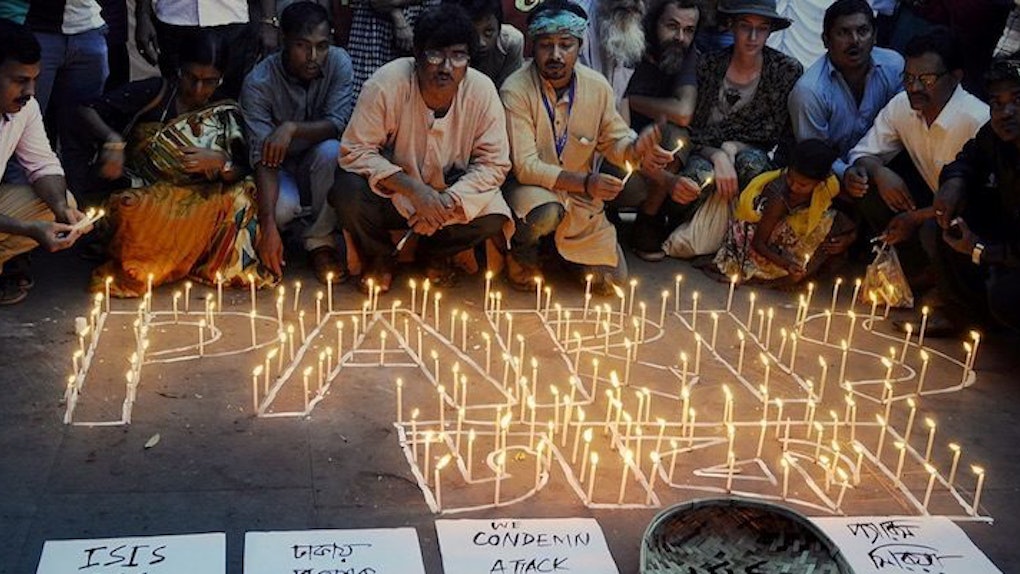 Facebook's Highlights Of 2015 Video Will Seriously Give You The Chills

The year 2015 felt less like the standard 365 days and more like some sort of bizarre Narnian super year of exhausting tragedy and amazing discoveries.

Facebook's “2015 Year In Review” video reminds everyone what the world discussed the most in 2015.

Among an embarrassing amount of social injustice, there was also liquid water on Mars, marriage equality in Ireland and the championing of civil rights as the Black Lives Matter movement began.

As the year draws to a close, we remember what brought us together in 2015, and look forward the connections we'll make in 2016. Posted by Facebook on Tuesday, December 8, 2015

Along with the video, the site ranked the top 10 global topics of 2015 based on the frequency the topic was mentioned in posts between January 1 and December 1.

Facebook users are unlikely to forget the following any time soon: