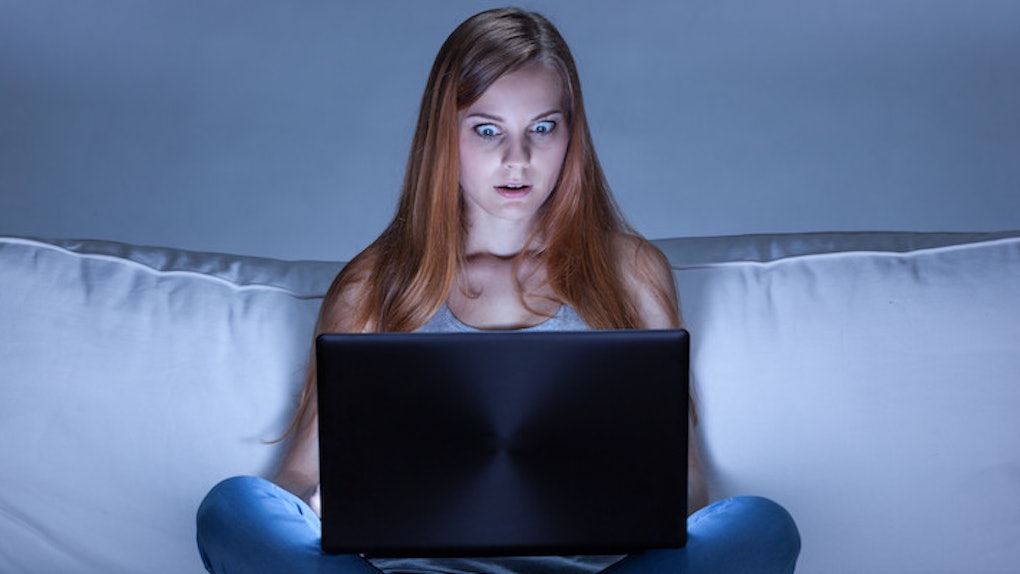 Facebook told all of your friends that you passed away by displaying a banner at the top of your Facebook page reading, "We hope people who love (name) will find comfort in the things others share to remember and celebrate his/her life."

How creepy is that? Imagine not knowing about this strange glitch and actually thinking all of your friends and family were DEAD... They just all died on the same day.

Thanks for practically giving us all a fucking heart attack, FB!

Just to make sure we weren't all going crazy, I checked out the rest of the Elite Daily staff's pages...

Yup, most people seem to be fake-dead.

You know what they say: if it's on Facebook, it must be true...

Luckily, this is just one giant, confusing glitch!

The glitch confused just about anyone with a Facebook page because I mean, what the fuck, Zuck?!

I know we just made it through out of the most nauseating weeks in American history with the recent election and everything, but we're still very much alive (I think)!

Still, the social media platform insisted that everyone had died.

I say "insisted" because the horrifying experience is over. All of your friends on Facebook have been deemed alive again.

At this point, I'd just like to welcome everyone back to Earth. What was it like in temporary heaven?!

And, in case you were wondering, yes, Donald Trump is really the President-elect of the United States.

That's just proof you're not actually dead yet. On a much lighter, less depressing note, yes, Starbucks #RedCupSeason is finally here.

Citations: Facebook is telling everyone that they're dead (The Verge)