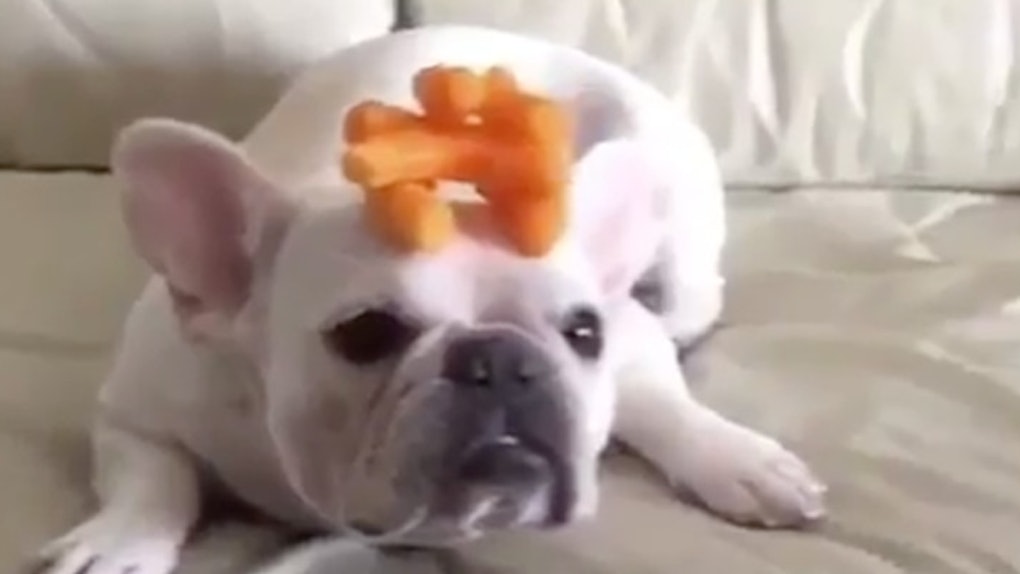 This Dog Did The Mannequin Challenge While Eating Cheetos

If you are in the middle of attempting the oh-so-trendy Mannequin Challenge, I think you might want to turn that "Black Beatles" track down a notch and avoiding wasting any more time.

See, I thought it was pointless to even attempt the Mannequin Challenge after LeBron James and the Cleveland Cavaliers mastered it at the White House with Michelle Obama.

As if that wasn't enough, I thought for sure it was over when Hillary Clinton and Bon Jovi nailed the challenge on an airplane.

In a recent video shared on Twitter, an adorable French bulldog makes your Mannequin Challenge look like a complete joke as he stands and sits effortlessly still alongside a fresh bag of Cheetos. The end result? I want Cheetos.

The Mannequin Challenge was graciously accepted by one dog in particular who just made the whole thing look WAY too easy.

Let's face it: As we (stupid humans) attempt to get into formation, as Beyoncé would say, we just keep embarrassing ourselves with this whole Mannequin Challenge thing.

There's always that one person that just can't stop moving, like ALL of the Dallas Cowboys' execs...

However, for one little pup, all he needed to get the job done was a bag of Cheetos.

Seriously, that's ALL it took...

Well, he probably needed his generous human to wander around outside and fetch the bag of Cheetos first, but that's beside the point.

Here's the full video. Prepare to be mind-blown.

Like I said, there really is no point in making your entire family stand completely still at the dinner table this Thanksgiving (or ever). This French bulldog, in my eyes, has been crowned the Mannequin Challenge winner.

Someone get Frito-Lay on the phone because this little guy needs a Cheetos sponsorship ASAP!

Citations: The internet can go home now because dogs have officially won the mannequin challenge (Mashable)