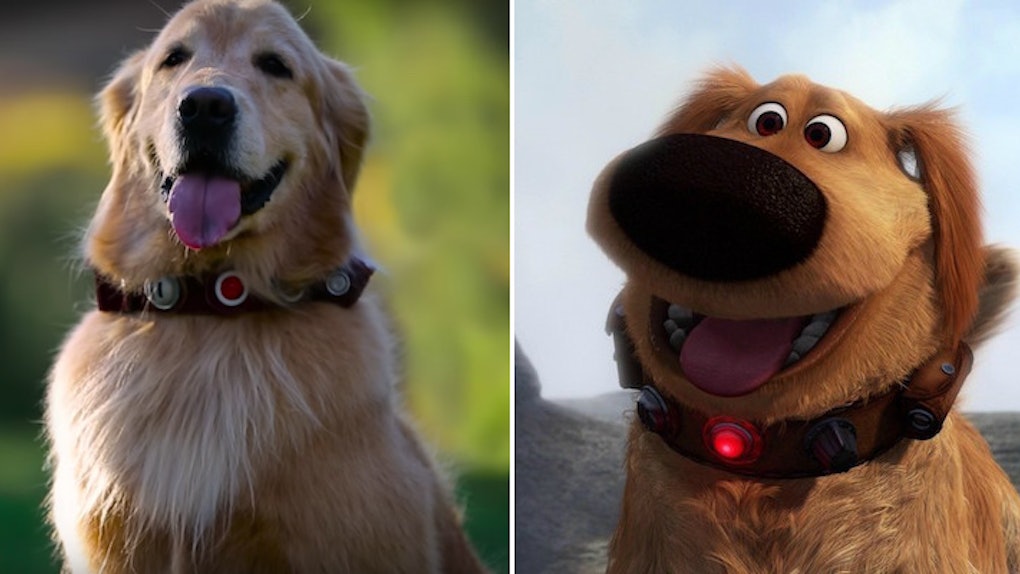 When you saw Disney and Pixar's "Up" for the first time, I know you definitely cried within the first 10 minutes.

But didn't we all?

And after seeing the adorable, friendly golden retriever named Dug, with his special collar that lets him talk, you absolutely wished dogs could communicate with humans.

Maybe that was just me, but come on. Who wouldn't want to hear what dogs are thinking?

Anyway, Disney finally got around to making that happen in real life with a real dog, seven years after "Up" came out.

Yes, you read that correctly. Disney blessed us with this amazing video of a golden retriever running around a park with a special talking collar, voiced by Bob Peterson.

In case you were wondering, Peterson, the co-director of "Up," originally voiced Dug's character.

In the painfully cute video, IRL Dug chats with humans of all ages.

But the cutest parts are when he interacts with kids, all of whom clearly thought IRL Dug was the coolest thing ever. Seriously, they couldn't get over it.

And some of the kids in this video are younger than the movie itself. Do you feel old yet?

IRL Dug makes references to "Up," too.

When asked about his "owner," he responds,

My master? He is on a blimp with a small mailman.

He also gives a lot of love. To one little boy, he says,

And of course, he says the classic Dug line:

I have just met you, and I love you.

But IRL Dug hasn't mastered the art of selfies just yet. A girl trying to take a selfie with Dug asks him if he can look at the camera, but he says,

I don't know what a camera is. Can we play fetch with your phone?

And of course, IRL Dug loves chasing squirrels, too. And fetch, obviously.

Basically, they nailed it.

Now, excuse me while I secretly watch "Up" for the rest of the workday to relive the magic. (I'll be the one crying.)

Citations: Pixar created Dug from Up in real life, and he's so cute you'll cry (Cosmopolitan)