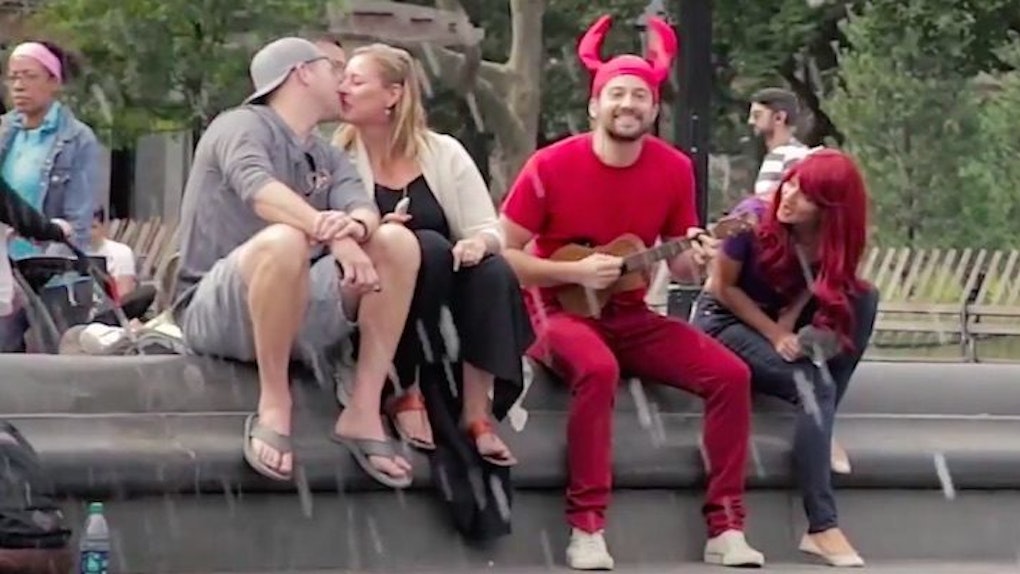 There is a fine line between cool and creepy this video delicately does that's actually kind of... Oh wait, they're playing for a really long time in front of this one couple who clearly doesn't want to kiss.

The Little Mermen, a Disney-themed cover band based out of New York, decided to artificially induce some romance in Washington Square Park by giving impromptu performances of “Kiss the Girl” (from "The Little Mermaid") next to various couples just trying to anonymously enjoy their day without being part of a viral video.

The idea is, by singing the song, the couples would be overtaken by the moment, throw caution to the wind and get down with some PDA.

Admittedly, it did work a few times. The Little Mermen did get a few couples to kiss, but there were also times they chose couples who clearly weren't romantically involved, which is the most awkward thing in the world to do.

Please don't make this a trend.

Citations: A Disney Cover Band Got People To Kiss In New York City By Singing (BuzzFeed)